The couple, both 32, met while attending American University in Washington, DC from which they received rather unserviceable degrees in Peace Studies. Subsequently both sought more practical post-graduate work by attending The George Washington University National Law Center. The bride, a junior associate at the satellite offices of Halton & Kipp in Arlington, VA, is keeping her maiden name as her mother gives the newlyweds’ union five years at most. It seems a frosty marriage and an abusive relationship with juniper-based spirits, coupled with the trappings of status and a devastating twilight indulgence with her esthetician has forced the issue. And while the issue of surname retention illustrates the rigidities between the elder Sexton and her daughter, Ashley Sexton—a dazzlingly pretty, book smart brunette—is weak as she is vain. The bride’s father, a retired pulmonologist and closet anti-Semite who cheats at golf, couldn’t give a rat’s ass. He hasn’t spoken to his daughter in years for some unknown reason, and only of late has he publicly lamented how the reception costs have devastated his discretionary accounts. A bee enthusiast and frequent contributor to apiarist journals, a colony collapse disorder with his backyard hives keeps him busy.

Director of new business development at Strafford Capital Management Partners in Fort Lee, NJ (i.e. running in place with an axe over his head) the groom, like most of his snotty peers, believes he is bulletproof and beyond reproach  Like a speedboat blasting recklessly into rocky shallows, Jacob Brock is unaware that several months hence a federal investigation will prompt his immediate dismissal from Strafford Capital and incriminatory evidence will lead to his eventual incarceration at the U.S. Penitentiary in Lewisburg, Pennsylvania. The groom’s mother, a retired merchandise director for Bunn Imports of Jersey City, a concern that closed its doors in 2003 due to suspected arson, will soon develop a nervous condition over what she will invariably call her son’s misunderstanding. Later, upon hearing of her son’s murder over a piece of cornbread in prison, she too will succumb, the culprit in her case being an acute cerebral hemorrhage. The groom’s father is still a civil attorney in private practice and will not live long enough to see his wife’s death or his son’s shameful demise. In only the third incident ever recorded in the area and shortly after the newlyweds’ return from their honeymoon in Kauai, a black bear delirious from fertilizer inhalation will fatally maul Harold Brock on the par-four eighth hole at the Westchester Country Club, an incident that will be featured later on the television show When Animals Attack: Tri-State. 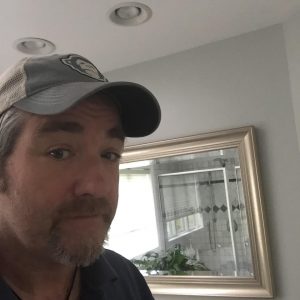 Kieran Shea once left a tiny plastic tree frog in one of the White House libraries and on the very same evening drank whiskey with Val Kilmer. He’s the author of Off Rock, the Koko Martstellar series, and far too many short stories. Like the rest of you slobs, he’s running out of time.