I loitered on the edge of the crackling pavement, watching cruel smoke ribbons emanate from the ash of Cocody Marché.  The ghosts of Abidjanais merchants’ middle-class dreams keened above.  Harvey, a 280-pound bead of sweat, muttered over his shoulder while mopping his grotesque brow: “The police have officially declared it an electrical fire.”  A beat.  “You’ve passed your test, Abby.”  A fat envelope, a thoughtful pause.  “If you’re looking for something longer-term, you’re hired.”

No time for Aristotelian debate on the ethics of Harvey’s client, the French conglomerate opening a new centre commercial downtown and seeking to dominate the local consumption scene.

Or on my own mores, come to that.

“Instructions for your next assignment.”  Another francophone capital sous-saharien.  “Read and return them.”  I complied.  Harvey ignited them, tossed the stub into the ashes.

So, I contrived to meet her.

Acting the part of an insipid, insouciant American at a garish club did not unduly tax my faculties.  I “accidentally” bumped the young hoyden’s drink while attempting (failing) to dance to coupé-décalé, and promptly offered an apology beverage.  Adequate French and a strategically-employed wallet procured my invitation to her next fête.

I wore wide-legged pants to the party (unattractive, pragmatic; attractive shoulder-baring top necessary) and brought a suitably expensive bottle for the hostess.  The house thrummed eclectically; the living room stereo blasted Algerian rai, the hired band played Congolese ndombolo.  The party attendees were well above my cut – young professionals in everything from finance to film, the occasional NGO runner.  I spent ten delightful minutes discussing the enduring relevance of Calixthe Beyala’s work with a female engineer, and another ten on possible contenders for this year’s Mo Ibrahim prize with a gentleman schoolteacher.  Then I headed to the restroom to put my head between my knees and reconsider my life choices.

But Harvey had held my return ticket against completion of the job.  The attendees had largely moved outside; dinner was served.  In seconds I lifted the painting from the wall and darted into the bedroom with it.  Extracting it from its frame – slightly warped from the humidity – proved tedious, but I managed.  I rolled it up with the care I’d have extended to a magic carpet, and tucked it into the cardboard tube just extracted from my left pant leg.  I was just about to return it when she entered –

– deconstructed my colonialist conneries with panache –

– and asked what I thought we could get for it.

Half a commission beats a late-night arrest, I reasoned.  Aloud, I said, fervently, “I think this is the beginning of a beautiful friendship.” 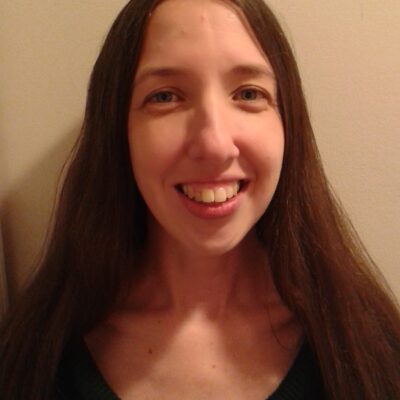 Linda McMullen is a wife, mother, diplomat, and homesick Wisconsinite. Her short stories and the occasional poem have appeared in over sixty literary magazines. She tweets occasionally @LindaCMcMullen.