Cal was a one-damn-thing-at-a-time kind of guy, and at the moment the one thing was making sure no whiskey missed his glass.  That accomplished, he looked at Lanny and said, “Do what, now?”  Lanny had brought the bottle, and they were sharing it on the back porch.  The porch light would draw bugs, so Lanny was shadowy on the other side of the table.  He was also a little blurry, something Cal attributed to drink.

Lanny repeated his question.  About what would Cal do to somebody who did him dirt.

“Say he’s your best friend,” said Lanny.  “Say he did shoot your dog.”

“Then I’d kill the bastard!”  Cal smacked the table for emphasis, and everything jumped into the air.  But the lid was on the bottle, so it could have been worse.  “Shoot my dog?  Damn right I’d kill him, whoever he is.  Where is my dog, anyway?  Rooster!  Rooster!”  He tried to whistle, but couldn’t.

“Interesting you’d say so,” Lanny said, leaning back in his chair, “because I got a situation with a fella.”

“Did he shoot your dog?”

“Everybody ought to have a dog.  I got a… Where is that little son of a bitch, anyway?”  He wheezed with laughter.

“What the hell is funny?” Lanny asked.

“I called Rooster a son of a bitch, and he is!  I mean like, literally!”  Cal nearly doubled over.

“You’re shitfaced,” said Lanny, which, while possibly true, was uncalled-for, and Cal stopped laughing.  “I ain’t the one who’s blurry,” he said sulkily.

Lanny set his glass down even though it wasn’t empty yet.  “Fella I’m talking about,” he said, “did something just as bad as shooting my dog.”

Lanny sighed and scooted his chair round to face Cal.  “What he did,” he said, slowly and deliberately, “is as bad as if I had a dog and he shot it.”

Cal saw that his own glass was empty.  Had it spilled when he banged the table?  Well anyway, a glass is no good to anybody empty.  He reached for the bottle.  Lanny grabbed it up.  “Just listen a minute.”

“I can drink and listen at the same time.”  He reached again for the bottle, but Lanny held it away.

“Don’t you want to know what the fella did?”

“What fella?”  Lanny was starting to get on Cal’s nerves.  It was technically Lanny’s bottle, but you don’t just snatch up a bottle out of a man’s hand when he reaches for it.

“The fella I’m talking about.  The one who didn’t shoot my dog because I ain’t got one.”

“What are you talking about?  You gonna give me another drink or what?”

Cal obviously knew that.  Lanny knew he knew that.  What was he going on about?  “Nobody shot Yolanda,” he mumbled.  He still wasn’t following, but at the mention of Yolanda a muffled fire bell somewhere way in the back of his mind started clanging.

“What would you do?” Lanny asked, his face a shadow.

Cal knew he needed to think fast, but despite the sharpening of his surroundings, he found he couldn’t think at all.  Then, suddenly and surprisingly, he found that didn’t even want to.  He shrugged elaborately and slouched in his chair.

“Ain’t got a wife.”Well, he thought as he watched the pistol rise, at least he didn’t shoot my dog. 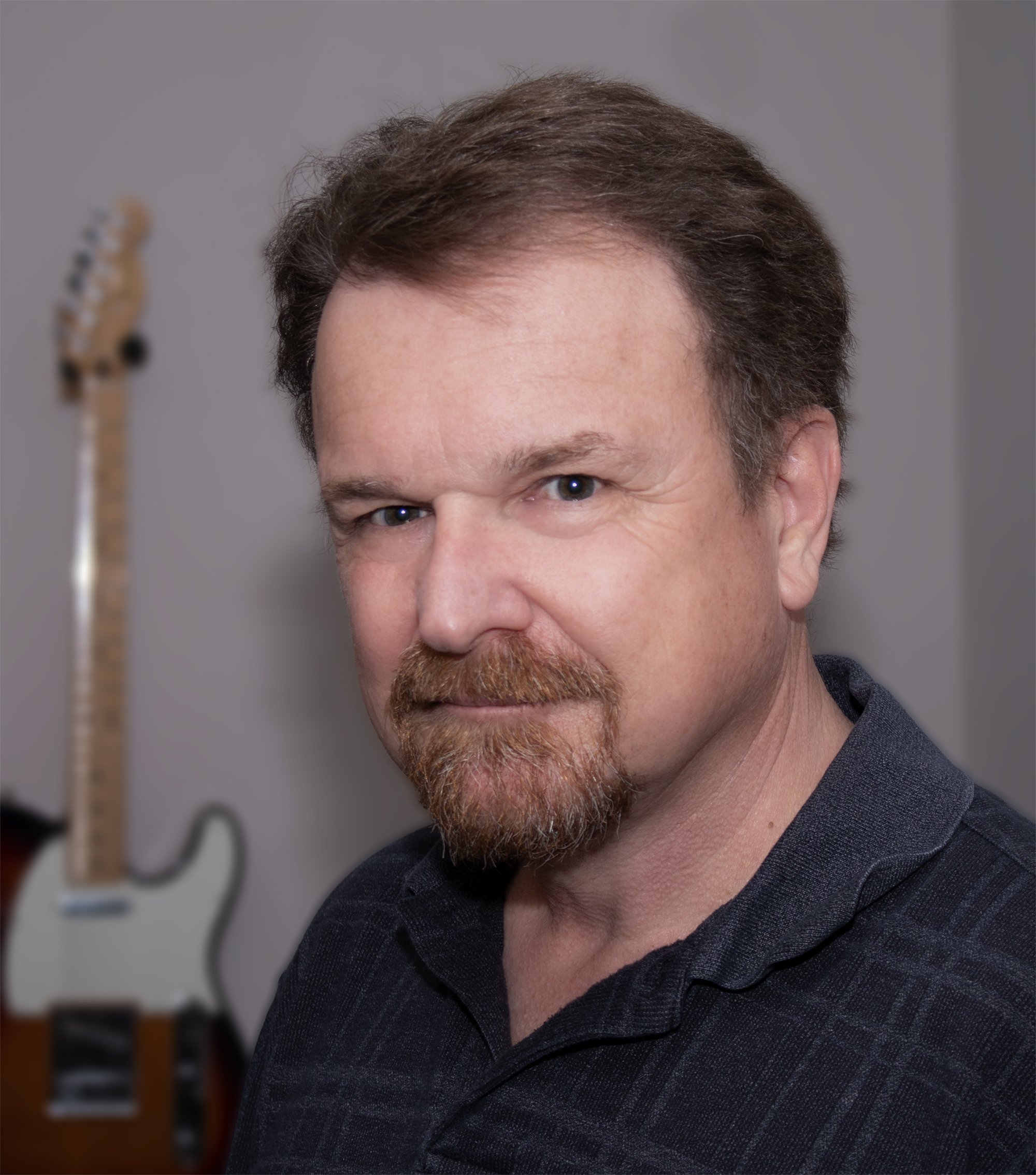 Ken Teutsch is a writer, performer and film maker whose stories have appeared in such diverse publications as Mystery Weekly, Adromeda Spaceways Magazine, Cowboy Jamboree, Halfway Down the Stairs—and of course, Shotgun Honey—as well as in the anthologies Shadow People, Old Weird South, First Came Fear, and Strangely Funny.