The table took some doing but the gag, right down to the hooks, color and make, are all his.  I tell him how I understand that things aren’t going according to plan, not this far into what he’d been attempting.  I go one step further and reveal I’m a fan; that I’d been one for years.  “Things happen though, and sometimes we can roll with what we are given and sometimes we cannot.”  He looks at me, blinks, but what I crave is not yet there.

It causes me to gush, to fanboy, and I explain how I see him as a giant among men.  He grunts, grunts again, but I will not be swayed.  Not this far in.  “And me…I too am more than I appear, but you already know this, don’t you, Todd?”  He does.  The veins upon his neck telling me so.

I go on: tell him how he wasn’t being as vigilant as he should have been.  That maybe his age had somehow factored into this. “I could be wrong though, your carelessness stemming from something else entirely.  I mean, of the information available, I’ve done my homework.  All you’ve accomplished, how you’ve never even come close to being caught, it’s not only all the things we have in common, Todd, but all the things I’m shooting for.”

Brings perspective into play is what something like this does.  Not in his favour, no, but at least he could be at peace in knowing we were more or less the same.  The only issue I’ve had a hard time reconciling is the reason he chooses to fill the nasal cavity as he does.  “Don’t get me wrong, it gets the point across, and the sight of a knuckle or two protruding out from an eye socket does the trick every time, but why this particular signature I wonder?”

I don’t really care.  Not as you’d think.  Like my own signature, I prefer my magic untold.  Him too, sure, but I wasn’t about to ask him his opinion, not with the amount of time which remained.

What excited me more was the speculation to come—the theories and the guesswork.  The networks rife with commentary of whether or not a certain someone had emerged from retirement after all these years.  And yes, yes, we can say it’s something different; that it’s because mommy or daddy neglected us, beat us, or diddled our fucking pee-pees, but bottom line is people like us want to be heard, nothing more.  “And the only way to go about that in a sea of billions is to make the most noise of all.”  Agree or disagree, it’s not the point.  Does he know why?  Of course he does.  Smart men always do.

It’s because we are the same.  The same but not the same.  And because he’d had not the best of runs, but the greatest of runs.  Could have been a bit longer, sure, had another unassuming, non-descript white male moved in next door.  “But it wasn’t the case now, was it? Means I believe it was me you were meant to receive all along.  The lot of things brought down to chance and happenstance and perhaps a little bit of luck depending on your worldview.  That being said, know I plan on doing you proud, but no overtly so.  Not so it offers our pursuers something new to detect.”  He grunts again, the veins beside his eyes like spider webs home from the gym.  I take this into account, there as I begin.

I tell him I will be as he has been; that I will do as he has done.  If only, there at the beginning, we were able to ask for as much. 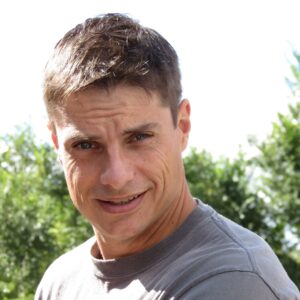