She was a pretty girl, fourteen, romantic in her thoughts, still a kid. The house she lived in backed up to a line of scrub pines and skinny oaks before opening into an endless beige desert of abandoned gravel pits. Fire trails and narrow paths ran along the perimeter of the forgotten excavation, with dirt arteries that shot off into the unknown.

Her name was Heather. She’d gone walking, thinking, and before long, she was standing on the other side of the pits, at the edge, far from her house, in the next township. The wind blew and the trees behind her rustled.

She turned and looked into the forest.

Something moved. She bit her lip and sucked in her breath.

He appeared from the trees, wearing a black jacket and hood, dark jeans, his hand stuffed in his pockets.

“You got something to drink?” he asked when he reached her.

Heather saw that he was thin and young, about her age, and he seemed cold.

He nodded and took out a box of cigarettes. He offered her one but she didn’t smoke.

He lit a cigarette with a brown lighter. Heather saw that his fingernails were dirty, as were his jeans. Deep shadows hung under his gray eyes. A few freckles ran across his nose.

Ben smiled. His teeth were crooked. “No. I know where I am.”

“Where do you live?”

“Can you get me some food?”

She studied him for a moment, thinking she should be afraid, but wasn’t. “Okay. Stay here.”

“You gonna get me some food?”

“Yes,” she said. Then she turned and walked away.

In her house, there was no one at home. She made two cheese and bologna sandwiches, wrapped them in tin foil, and grabbed a few bags of potato chips. She almost forgot the soda and napkins, but she didn’t.

Before she left, she applied mascara to her eyelashes.

The sky was overcast, heavy with gray clouds. She hiked along the trails, searching ahead of her, across the beige hole in the earth, looking out for Ben.

She smelled cigarette smoke before she noticed him leaning against a tree. She handed Ben the bag of food and, with the cigarette hanging from his mouth, he peered inside. He nodded.

They sat on the ground, overlooking the great hole in the earth. Ben ate quickly. There was something off about him, she thought.

“Are you a runaway?”

“Where are your parents?”

He opened a can of soda, sipped it, and then gazed at her. She was hoping he thought she was pretty.

They spoke for a while. He asked about her school and teachers and her mom and friends. They chatted about music but he wasn’t up on the newer bands. She tried to talk to him about television shows. He didn’t know anything but old cartoons.

And then, a man and girl appeared. They emerged from the forest like ghouls, dressed in dark green and black, their hands and faces dirty. The girl hung behind the man, her head cast down, her legs skinnier than awful, but her lips ruby red with lipstick—like a child prostitute Heather had just seen in a movie. The man was young, long-faced, with silver earrings in his left ear, silver rings around his fingers.

Ben didn’t. He stared at the gravel pits.

Heather was terrified and pulled herself up from the ground. She looked at the man, the girl, Ben.

The man stepped forward. Dropped his hand to the side, produced a gun from his pants’ pocket. He stuck it into Ben’s back. “Get up.”

Heather sucked in her breath, tried not to cry out.

The girl with the skinny legs and red lips just stared.

Ben stood, turned slowly, and walked into the forest, the man close behind. The girl trailed after them.

Heather watched until they disappeared. Finally, fear set in. She ran all the way home. 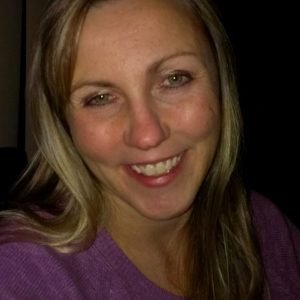 Jen Conley’s stories have appeared in Thuglit, Needle, Beat to a Pulp, Out of the Gutter, Big Pulp, SNM Horror, Shotgun Honey Presents: Both Barrels, Protectors, Plots With Guns, Grand Central Noir, Yellow Mama and others. She’s been nominated for a Best of the Web Spinetingler Award and shortlisted for Best American Mystery Stories 2012. Born and raised in New Jersey, she lives in Ocean County where she writes in her spare time. Visit her at jen-conley.blogspot.com or follow her on twitter, @jenconley45.