Any illusion Delmar harboured he was family evaporated when Bertie told him she’d sooner see her punk-ass brother run the deli than sell it to a beaner.

“I got a legacy to think of.” She hacked into a bloodstained napkin. “I may be dying, but I ain’t losing my marbles.”

Delmar handed her warm apple juice and stood, ready to head downstairs to the shop.

“Someone’s gotta look after Cliff when I’m gone,” Bertie said. “He’ll be boss, sure, but you’ll still run things. I’ll see you’re taken care of. Give you a raise. Sixty more a week?” She coughed so hard, she folded upright in bed, as if the idea of parting with what amounted to a buck an hour nearly did her in then and there.

Delmar didn’t tell her he’d quit sooner than work for Cliff. It was her store to do with as she wished, even if she’d hadn’t hauled her carcass downstairs since Easter.

Cliff arrived right at closing, same as always. He wandered the store with a hand basket, loading up on imported pickles and charcuterie he couldn’t pronounce. “You’re outta Rockfort,” he said, digging for something deep in his ear with a nicotine-stained fingertip.

“Try Stilton,” Delmar suggested. “Or we’ve got some new Cabrales.”

“Count on you to push spic cheese.” Cliff jabbed his waxy finger at the meat cooler glass, leaving a yellow streak where Delmar had polished minutes before. “Gimme half a pound. Not the cooked crap. Black Forest. And some pepper sticks.”

Delmar loaded the ham onto the pristine slicer, shaving it near translucent. He’d clean the machine again after Cliff left, with the same care as the first time. Cliff had this thing about being the last one in his sister’s store. Like a dog, last on the hydrant—a territorial claim. Nothing like Delmar’s pride, in the store and everything in it these seventeen years.

Cliff wandered to the ice cream display, returning with a quart of Hagen Daaz. “What’s this?”

“Black cherry.” Delmar snatched the tub from the top of the meat counter, wiping the sticky ring it left there.

Delmar said he’d get another, but Cliff followed him into the back freezer. “I’ll get my own,” he said, reaching for a crate that had come in that morning, perched on a top shelf. Delmar was finicky about stocking product in the order it arrived. Before he could say something, Cliff had the box in his hands, leaning across stacks of fishcakes and veggie burritos. The weight pulled him off balance and he slammed his forehead on a metal shelf edge as he went down.

Lying there, his tongue half out his mouth, he looked like he was trying to lick the floor. Delmar knew he could, even in the freezer, even with spillage, because that’s how he rolled.

He offered a hand. Cliff took it, but sat down again as soon as he stood, ass on the floor, his back flat against a gross of frozen pizza. “Gimme a minute,” he said, eyes droopy, breath thin and raspy.

When he said it, he meant it.

But when he heard the door click shut behind him, Delmar looked at the lock he’d installed last summer after the break-in. Pointless, he’d argued at the time. “What kind of thief steals frozen fruit?”

Cliff had insisted, saying it was crated goods needed protecting. One more in a long line of orders Delmar had swallowed, expecting one day the store would be his, freezer locks and all.

He turned the key, spun the thermostat to deep freeze, and headed upstairs. He took Bertie Cabrales and Black Forest, spoon fed her Black Cherry from the tub. “It was dented,” he said, when she protested at the extravagance. “I would’ve had to toss it.”

“You could’ve given it to Cliff,” she said.

“I would’ve, but he didn’t show up tonight.”

“You’ll take care of him, won’t you.” Bertie stuck two fingers in the ice cream and dug out a cherry.

“I promise,” said Delmar, wondering how long exactly it would take for two hundred forty pounds of fresh meat to freeze solid. 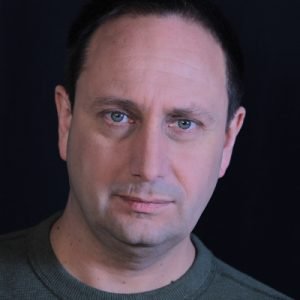