They were crouching together in the woods, watching Tom Tennison practice. Even before Patty and Tom were married, he’d practiced two hours every day.

“Colds can be dangerous, when you’re old—”

“No,” Patty whispered. “He’ll outlive us both, unless we do something.”

“Then what’s the plan?” O’Neal flexed his muscles as he spoke. At thirty-eight his strongman act was still a good draw. He was not, however, very strong in the brains department. Patty didn’t care. She was smart enough for both of them.

“The plan is, we hurry things up a little,” she answered, her gaze fixed on her husband’s back, there on the far side of the clearing. His assistant, a young blonde named Roxanne, stood beside him in the grass, handing him his knives like a surgical nurse. The blades thunked into a nearby oak. Behind it, the main tent loomed dark against a blue sky.

“What do you mean, hurry things up?”

Patty turned to O’Neal. “Nothing good happens in this world unless you make it happen.” She took a new bottle of decongestant from her pocket. FOR COLDS AND FLU, the label said. “He asked me to get this for him today. Tonight, after the show, I’ll lace it with rat poison.”

O’Neal’s eyes glittered. “Why not now?”

“Because I don’t have the poison now. I’ll sneak some from the supply truck tonight.”

“And if he needs a dose before the show?”

“He can wait. Everyone’s sniffling, it’s that time of year.”

O’Neal, still rippling his muscles, said, “Why don’t I just twist his neck?”

“Because I don’t want you—or me—to go to prison. We have to be cautious.”

He snorted. “If we were cautious, you wouldn’t still be part of his act. We been together six months now, and you still let him throw knives at you every night.”

“That’s how I know we’re safe. He knows I wouldn’t risk that, if I were fooling around.”

“Stop worrying. From this point on, we’re in control.” She pocketed the bottle. “He’ll take his first and only dose of cold remedy tomorrow morning. And then I’m free.”

O’Neal gave her a sly grin. “At least free of him.”

She giggled, folded herself into his arms. Together they moved deeper into the shadows.

That night the big top was full. Hundreds watched the performers fly through the air and gallop in circles and juggle fiery torches in the name of entertainment and money.

The highlight was Texas Tom Tennison.

Conversations and breathing were suspended as Tom and his pretty assistant took center stage. Tom’s eyes were puffy, but no one noticed. He blew his nose and beamed at the crowd. Within seconds his knives were dancing in the lights, spinning and whumping into a backboard twenty feet away. Balloons popped, candles were snuffed out. Roxanne stood at his elbow, holding his knives and trying not to look bored.

Finally Patty Tennison appeared, in a shiny leotard and boots. She bowed and blew Tom a kiss. He tipped his hat. The crowd loved it.

Amid cheers and whistles she took her place against the backboard. Everyone grew quiet. Patty stood with chin high and arms spread while drums began to roll. Balloons and bullseyes and candles were gone now. This was the real thing.

And then Tom went to work, tracing the outline of his wife’s body with perfectly thrown five-inch blades. Patty never blinked. It was a stunning display of skill and nerves. After every throw the crowd roared its approval.

But on the tenth throw, which was supposed to plant a knife an inch to the right of Patty’s slender white neck, something went wrong.

The tent fell silent. Time seemed to stand still. An instant later the whole crowd—except for those who had fainted—started screaming. In the center ring, Tom and his assistant stood and stared, eyes wide with shock. 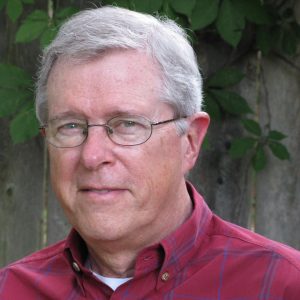