“Fire Sauce,” the guy in the Monte Carlo said.

Bryce put a handful of Mild Sauce in the bag and handed it through the drive-thru window.

He’d done it thousands of times before so it was probably only a matter of time before someone reacted how the guy in the Monte Carlo did.

He reached under his seat and pointed a gun out his window. “You heard me say Fire Sauce?”

“If roles was reversed, you wanted a handful of Fire Sauce, know what I’d do?”

“Give you two handfuls of Fire Sauce. Fuck, I’d give you the whole box. Now if someone was to say to me, I’ll give you five hundred bucks if instead of giving that guy the Fire Sauce he wants, you pop him, I’d pop you. I’d feel bad about it after. But I’d do it. Because it benefits me. You see the point I’m making?”

When Bryce didn’t answer, the guy in the Monte Carlo said, “Your fuckwad manager says I’ll add ten bucks to your paycheck if you give that prick mild instead of fire, I’d be the first one to pat you on the back and say nice job. I’d put my Mild Sauce on my burritos even though it’s worse than watered down piss, and I’d say to myself, ‘Good for that little fuck in the drive-thru lane. He just did a smart thing. Ten bucks for doing nothing but fuck with my order.’”

Bryce held up an empty bag and dropped a handful Mild Sauce in it.

“Jesus,” the guy in the Monte Carlo said. “Jesus.”

“Don’t got a choice. I get what you mean. Don’t got a choice because we all die. Nothing to do with me pointing a gun at your head. I’m nothing to you. Lower than dog shit. But guess what, this piece of dog shit’s killed plenty of punks like you. Do you fuck with peoples’ orders too? Spit in the burritos?”

“But you fuck with them?”

The guy in the Monte Carlo was shaking his head like he was about to cry. “It doesn’t benefit you in any way.”

He was only thinking of material things when he talked about it not benefiting Bryce.

In the monitor screen, Bryce could see the reflection of activity behind the Monte Carlo. Someone must have made a call.

The guy in the Monte Carlo waved his gun out the window, drawing circles on Bryce’s chest with the barrel. Little tremors shook his cheeks. His dark eyes looked like they were spinning in opposite directions.

“I came here happy. I greeted you friendly. I just wanted some Fire Sauce for my Combo Burritos.”

He reached into the box and pulled out a handful of Fire Sauce. Dropped it in a bag. He grabbed another handful. He handed the bag through the window.

“A cruel, cruel fuck,” the guy in the Monte Carlo said.

The first shot rocked the guy back. The second slammed his head against the steering wheel. The blood coming out the back of his head looked thick like Fire Sauce.

Bryce thought when he went back to work, he’d give people the sauce they asked for, but it turned out he was wrong.

The guy in the Monte Carlo died for nothing. 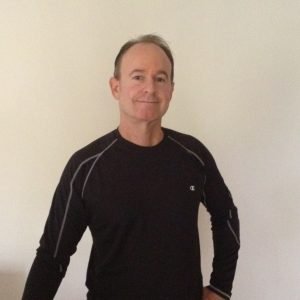 David Moss's stories have appeared in Thuglit, Beat to a Pulp and some others. He lives in Santa Monica, CA.