For as long as I can remember, all I ever wanted was to be famous. It was not a whim or passing fancy. There was no special talent I was pursuing. It’s not like I wanted to be great at something. I just wanted people to whisper and point when I walked into a room. I wanted them all to want a piece of me, to want to be near me, to want to be me.

Fish, fish, and all that crap.

Lucky for me, I finished up puberty in the 90’s. By the time I made it to New York, the towers were ominously missing and an entire generation was auditioning for reality TV. I got in line.

Then I got the call. Not long after, I got an agent and a handful of paychecks.

They filmed our show in the city. It was the same as all the others—goofy competitions, lots of exaggerated arguments, someone getting voted off. I don’t know how it works on other shows, but our producers were big on sleep deprivation. And they had a knack for pairing up people that annoyed each other. The caterers were routinely late. The cast was always tired, always hungry, ready to snap. I think they thought it was good for ratings. And they were not wrong.

I was never voted off, but I never made it to the finale either. I was arrested instead.

The TV in my cell is nicer than the one I grew up with. And I’m on it all the time. There’s footage of me spliced with shots of Cindy. It starts with my high school yearbook picture, followed by hers. There’s a crosscut montage of us playing dodge ball in the streets of Manhattan, the hot air balloon episode, and scene after scene of Cindy yelling at me or me yelling at Cindy. We were not faking it either; we really did hate each other. And I know that was good for ratings.

I ask my cellmate to switch the channel. But he either doesn’t hear me or pretends not to.

We watch me in handcuffs, shaggy-haired and unshaven, on my way into the courtroom, my knees buckling as they read the verdict, and of course the famous footage of me forearming Cindy at the top of the stairs, her slow motion tilt, then her disappearing from view. I always look away, but never quite in time.

The little banner at the bottom scrolls my name along with taglines like: Too real for reality? and Murder on the set!

“Actually,” I say to my comatose cellmate, “it was reduced to manslaughter.”

But he’s still not listening, still not believing that’s me on TV. Maybe it’s the crew cut or my abject lack of facial hair. The scene changes to a split screen where two new talking heads with artificial smiles are about to lock horns over something more political. My cellmate is not in a hurry as he clicks his way through channels in search of more details about that famous guy sitting four feet away. 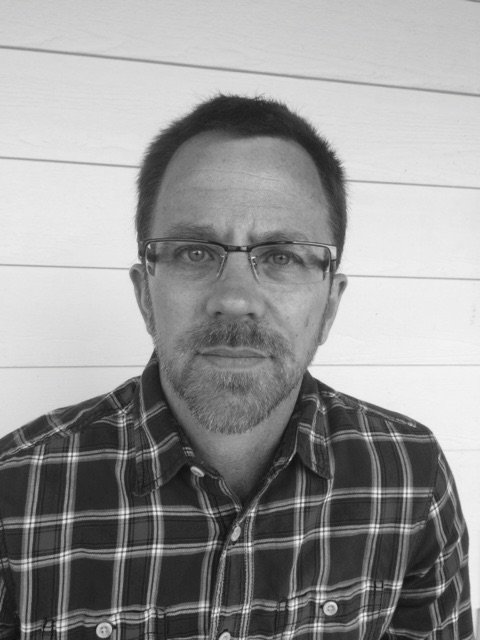