I got out of the lukewarm shower, left the water running. I had to drown out the sound of when Lola slammed the door. The sound when she left.

I walked out of the bathroom naked. The water dripped off me slowly. Even on my cheap carpet, those drops wouldn’t stain. Maybe Malcolm’s kitchen floor wouldn’t stain either. So long as his blood didn’t soak into the hardwood.

I stepped into my kitchen, opened the fridge door. Nothing there. Lola always did the shopping. I left the door open; at least the chill was a feeling. I had nothing else, not even clean dishes. I could tell by the pile in the sink.

I opened every cabinet but there wasn’t any booze left.

Back to the bathroom – not even aspirin, just toothpaste. The drawer under the sink – an unfinished bottle of cough syrup. Maybe there was alcohol in it. No need to read the label, I had nothing to lose. I threw back the remains of the thick syrup and gave it a couple of minutes, but it didn’t do anything.

I needed something to take the edge off before the cops showed up. They’d be here already if someone had seen me at Malcolm’s. But it was the only time I’d gone there – mostly we argued over the phone. For now I was just another one of his tenants, until the cops looked into who was behind on the rent.

Maybe the cops hadn’t found Malcolm yet. And when they did, there might be other suspects. Malcolm sure knew how to piss a man off.

The sound when Malcolm fell was nothing. I didn’t hear anything when I shot him, either. He just dropped. I just ran. 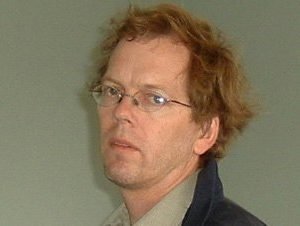 Rob Pierce writes genre fiction that he considers literary, because he fails to see the difference. His fiction has been published in Flash Fiction Offensive, Shotgun Honey, Plots With Guns, Pulp Modern, Yellow Mama, Revolt Daily, The Rusty Nail, and The Big Adios, among others. He is the editor of Swill Magazine, and is equally comfortable taking romantic walks on the beach or dumping the body elsewhere.