It was hard to tell, but the blond-haired boy with the wispy fur on his face seemed to have fallen asleep halfway through the second feature, some kind of hippie horror acid freak-out thing Caroline wasn’t really paying attention to, her eyes fixed instead on the rise and fall of the boy’s chest, his delicate, artless fingers resting pink on the steering wheel. She longed to reach out, feel the smooth backs of his hands, run her fingertips along the nape of his neck to the small cubic zirconia stud in his downy earlobe; touch his thin, parted lips with a small, white speck on the bottom one, just a bit of sleep drool. A warm breeze, gravid with pre-rain ozone, drifted in past the speaker hanging precariously from the open window on the driver’s side, the tiny, rusty holes lined up in perfect rows and squawking tense music, adolescent shrieks. She smelled a hint of stale buttered popcorn carried on the breeze from the concession stand, back of the lot on the far end from the weather-worn screen, where the dim florescent tubes beneath the awning no longer attracted any moths and pulsed like acetylene.

The boy swallowed noisily and licked his lips while Caroline studied his shifting features, the knit of his white-blond brow, and tried to remember what the first movie had been. It seemed so long ago, like they had been sitting there so long the old Buick should have run out of gas by then, or the battery died. But the engine still purred and the dash lights still glowed, the boy settling again into stillness but with his hands in his lap now, one on top of the other. She thought if she closed her eyes and tried to play a memory game, to summon up everything around her in pictures in her mind, she might not be able to reconstruct the drive-in or the car, the color of her cupcake dress or the shapes of the eggshell clouds streaming lazily past the yellow sliver of moon that lurked behind the big screen, clearing the way for the gathering storm; all she would be able to see would be him, every last detail of him from the too-tight blue jeans that smelled of grass and sweat and semen to the single brown freckle just off-center at the tip of his round, alabaster nose. She could then recall the slight bulge of his tummy which he tried to keep sucked in, full of Hamm’s beer and red licorice and the cold French fries they’d shared from the Royal Castle; an almost translucent trail of velvety hair that started beneath his belly button and ran all the way down to the thick golden tangle that hid his penis before it all but leapt free of the mesh, as hot and eager as the rest of him. His breath like Parliament cigarettes and peppermint Certs, the last one in the roll he’d sucked into his mouth after giving her one to cut the tang of his own taste in her mouth after she’d finished with him, only ten or fifteen minutes into the first half of the double bill when for a good minute she was certain he was going to cry. He kept saying he was sorry and she kept telling him there was nothing to feel sorry about, but the boy was starting to maybe kind of bug out a bit for some reason and Caroline decided probably this was his first time with any of it, so she cracked open another can that she fished out of the box behind her seat and dug out an orange bottle from her bag, Mommy’s Little Helpers with her own mother’s name on the label.

They crumbled well enough between her finger and thumb, two and half sprinkled carefully into the open mouth of the can, the warm beer smell turning her stomach before she passed it over to him and he drank thirsty and loud. Hush now, settle down, I liked it, I really did, and I like you, too. His friends probably hooting and hollering back at the Royal Castle where she’d found him, spinning their own version of the night’s events as they imagined it, cobbled together between the three of them from ill-informed fantasies and hazily remembered experiences of their own and maybe the odd porno book pilfered from a stepfather’s secret stash. But the boy only dozed, his lungs eking out a whistling wheeze now and again as his breathing slowed and his concave chest came, in time, to be quiet and still as a Polaroid. Caroline rested her head on that chest, and the movie came to an end, and since she never asked the boy’s name she decided Owen was as nice a name as any and how was she supposed to know something like this might happen?

Poor Owen, she thought, awkward and unfinished, shaggy and sweet. All the same, she had to admit it had turned out to be a really lovely night, despite the rain. 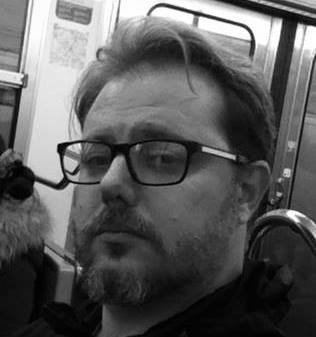