He was sitting at the bar in Leon’s nightclub with Al.

‘I see where your eyes are wandering and you know why I got these? Light bulbs, used to eat em inside, I’d crunch em and swallow, now I seen the light and I’ll do what I’m told. Within reason.’

‘What I mean is this, Patsy she goes down on you right. So I saw it all one dark night chewing glass in my cell. I got to suck society’s cock, make it come, make it feel I’m a good old boy.’

‘Yeah well I remember you growing up. Didn’t take much to make you kick the shit out of anyone. And then there’s the reason you went inside. Why did you kill Mandy?’

Meat waved a hand through the air as if swatting a fly.

‘That’s all in the past. I made my peace with it. Ain’t much that’ll provoke me now. You see, we’ll have a good time here, maybe meet some women, I’ll ignore it if someone wants to start trouble.’

‘You only been out a week.’

‘It’s all about the light and I seen it.’

‘So far as I can see it’s darker than a whore’s snatch in here, I can’t even read the fucking menu.’

Beneath the blue lights that shed cadaverous shadows on the floor, Meat and Al peered at the list of foods as a large guy with tattooed biceps pushed past them and knocked Meat’s beer over him. Meat sat there and applied a napkin to the stain.

‘The thing about trouble is it never comes from the direction where you expect it.’

Just then the DJ put some music on.

Meat and Al sat there and ordered hamburgers and more beer and looked around as couples took to the dance floor and strutted their thing.

Meat watched two single women bend in tight dresses as he wedged the almost raw meat into the side of his jaw, chewing and salivating over it like a rabid dog.

He nudged Al and said ‘Mine’s the blonde’, and they slid off their stools.

‘I don’t get this joint’, Al said, ‘the DJ plays rap one minute, then punk, then rock n roll, then romantic songs, what’s he about?’

They went over and danced with the women and from time to time Meat would put his huge hand over the blonde’s ear and whisper something that made her giggle.

They were sweating and Meat went to get some more beers and when he came away from the bar he saw his dance partner talking to the DJ. She was bending over his table and laughing. He shrugged his shoulders and handed Al his glass and swigged down the cool Becks, feeling it crackle in his throat.

The DJ clicked his mike on.

‘For the lovely blonde lady heeeere’s some Barry Manilow’, he said.

And as Manilow intoned ‘Oh Mandy’ Al looked at Meat. His jaw seemed locked and his eyes were set on the ground as if he was hypnotised by something.

The DJ left his table and went to the john and Al looked for the two women.

Meat turned to him with glazed eyes.

‘I have something I need to do.’

‘I wanted to come but instead I’m gonna give without taking.’

‘What the fuck does that mean?’

Meat walked past him and entered the john and stuck a broom through the handle.

The DJ was peeing and Meat removed a bulb from the ceiling and waited until he’d finished.

Then he walked over and grabbed the DJ by the throat, bending him back over one of the wash basins.

‘Some things are just unreasonable’, he said.

And he filled his face with broken glass. It looked like he’d been eating strawberry jam.

Al was waiting for him outside in the street and dawn was breaking over the rooftops. 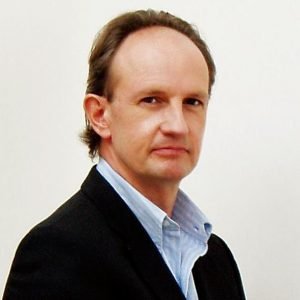 Apostle Rising explores the blurred line between law and lawlessness.

Mr. Glamour is about a world of wealthy, beautiful people who can buy anything, except safety from the killer in their midst.

One Lost Summer is a Noir story of fractured identity and ruined nostalgia.

His fourth novel, Noir City, will be published in 2014 in English and Italian by Atlantis.

Confessions Of A Hit Man is a high octane thriller and will be published in 2014 by MeMe and has already sold foreign rights in English, French and Italian.