On the outside, Rick was steel.

He nodded as the Don lectured him, never breaking eye contact with the old man. Never flinching at his veiled threats.

But on the inside, alarms blasted through Rick’s head. His muscles coiled and his heart rattled like gunfire. The smoke-filled office became increasingly hot and choking. Suffocating.

Rick knew the feeling would fade eventually. Most of the time, he could push through the attacks and do whatever needed to be done.

“We can’t have another of these episodes,” said the Don, a cigarette dangling from his lips. “I know you’ve been through some things, but if this next job gets messy we’re going to have a problem. Understand?”

“Of course.” Rick kept his chin high and his voice hard. “I got this, you have my word.”

“I already put in the call. Make it fast and make it clean.” The Don waved a dismissive hand. Rick left the room.

His head throbbed as he walked through the mansion and out to his Mustang. He leaned up against the driver-side door. Eyes closed. Chest pumping.

Rick sucked in the warm Miami air and counted.

The twitching in his gut faded and his heart rate slowed, but his legs still felt like wet napkins. He crouched and repeated the breathing exercise.

A mechanical snarl punched the air. Rick opened his eyes.

Ferris pulled up in his Chrysler 300. Rick had met him about a month ago at a party the Don threw. He was the kind of guy who sucked all the air out of a room, talking loud and swearing hard.

Rick stood up just as he got out of his car.

“Hey, man.” Ferris rubbed his chin and looked Rick up and down. “You okay?”

“Fine. Stomach fucked a bit, is all.”

“Stomach, huh.” His face softened. “Hey, it’s cool. I heard what happened at the Macmillan job. My brother gets anxiety attacks, too.”

“I ain’t anxious about shit.” Rick squared his shoulders and took a step toward him. “You want me to prove that?”

“Whoa, buddy. Don’t be stepping up to me. I’m just offering some help.”

“I think you do, actually. Shit, I’m surprised you can even work in your condition.”

Rick wanted to tell him that work was the only thing he could do after all these years. The only reason he got out of bed on those mornings when his insides felt like a dried-out husk. But there was no point getting into any of that. Not with him.

“Just let me show you what I got,” said Ferris. “Don’t have to buy it if you’re not interested.”

“I don’t need any more pills or booze.”

“This is way better. Just have a look.” Ferris pulled out his keys and the 300’s trunk popped open.

Rick’s pulse revved and his mouth went dry. “Better be worth my time.”

“It will be, man.” Ferris smiled and went to the back of his car. “I’m meeting with the Don soon anyway, so we gotta make it quick.”

Alarms tore through Rick’s head again. Every sensory detail sharpened: the musty stink of Ferris’s cologne, the rustling palms overhead, the heavy warmth of the sun.

Ferris lifted the trunk all the way open and leaned inside. “So I found this sh—”

Rick yanked a garrote wire from his pocket and wrapped it around Ferris’s neck. He stared up at the cerulean sky as he pulled it tight. Ferris bucked and twisted and clawed at Rick’s hands before eventually going limp.

Sweat drenched Rick’s face and chest. His arms quivered and everything spun a little.

This was his cleanest hit yet. And Rick figured it had gone smooth enough to regain the Don’s respect.

He wanted to load Ferris’s body into his car. To dig through his trunk to find that stuff he had been yakking about. To stomp back into the Don’s office and tell him how well the plan had gone.

But he couldn’t. Not just yet.

Rick sucked in a deep breath and counted. 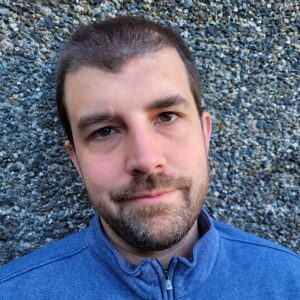 Dustin Walker has worked as a dishwasher, news reporter and tech marketer. But his passion is writing gritty crime and suspense fiction. His stories have recently appeared in Rock and a Hard Place, Pulp Modern, and Mystery Weekly's Die Laughing anthology. He lives on Vancouver Island, Canada, with his wife and daughter. Find him on Twitter @dustinjaywalker