It’s the red wire. Isn’t it? Sure, it is. It’s always the red wire. Cut the red wire. I’ve seen enough movies to know how to disarm a bomb. I feel pretty confident, assuming all those Hollywood scriptwriters did their homework, that I’ll not be blown to smithereens if I cut the red wire. Smithereens is a funny word. How small do the pieces have to be before you can say you’ve been blown to smithereens? I’m distracted. Concentrate. How did I end up like this? Locked in an abandoned warehouse handcuffed to a bomb? I suppose it’s my own fault. I always was a bit too fond of a good time, and now I’m paying the price. My dad used to say someday I’d get my comeuppance. I thought he meant a good kicking from some doll’s husband. If I knew he’d meant this then I might have listened to him. Might have. No guarantees.

I should have known Christine was trouble the first time I laid eyes on her. Jesus, she was so good-looking she didn’t look real. She was a New York eleven on a scale that only went to ten, and I was a Belfast five, just off the plane and eager to experience everything the big city could throw at me. What I lack in looks I make up for in charm. Never underestimate charm. It always gets me where I want to go. I usually only have one destination in mind, and charm is my ticket. I know. I’m a pig. And now I’m a pig handcuffed to a bomb.

I met her at Jack Malone’s birthday party. We were at a place called O’Hanlon’s, somewhere off 8th Avenue. She thought I was funny. I thought I was funny. What Irishman with four pints in him isn’t funny? The drink only enhances our natural wit and charm. She was a local, from Queen’s. She said she liked my accent. We left Jack’s party about eleven and went to a nearby hotel. We spent the weekend in room 131, working our way through the Kamasutra. Well, I’ve never actually read the Kamasutra, but I can’t imagine there’s anything between its covers that we didn’t do between the sheets, and on the floor, and in the bathroom, and on the coffee table. You get the picture. Not until later did Christine mention that she was married. Usually a little thing like that wouldn’t bother me. But it was who she was married to that was the problem. I met her in an Irish bar. The same Irish bar where she’d met her husband, Patrick Maguire. Or as he was better known back home, Paddy “Smithereens” Maguire. Paddy had been a bomb maker. Allegedly. Peace on the streets of Belfast left him surplus to requirements, so he moved to New York.

I decided to give Christine a wide berth after that weekend. But the damage was done. I was doing some roofing work in Washington Heights. I knocked off work for the day, just walking to my car, when I could feel the nine mill shoved into my lower back.

“Well, Liam,” somebody said, in a thick Belfast accent. He didn’t need to introduce himself.

Paddy Maguire marched me to my car. He knew about Christine and me.  He sat in the back, his gun trained on the back of my seat, low down, out of sight. This was the comeuppance my father always spoke of. It was the silence I couldn’t take. Maguire didn’t speak, except to give directions. Left here, right there. We ended up in an abandoned warehouse in Greenpoint. Broken windows, graffiti, and pigeon droppings. This was where I was going to die. He handcuffed one of my wrists to a radiator and the other to a bomb. He walked away without saying a word. He was a man of action, not words.

So back to my original question. Should I cut the red wire? That’s how they do it in the movies, usually with only two seconds to go on the timer. Only one problem. All the wires are black. 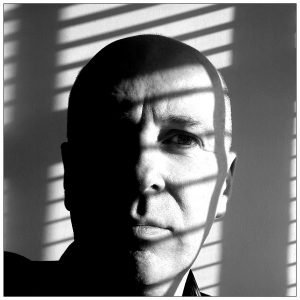 Dermot Owens lives in Belfast, Northern Ireland with his wife and daughter. By day he works as an IT Manager and at night he writes about bloody murder. He has previously had short fiction published in Thuglit and his first novel,The Tide, is currently with his agent in New York. When he’s not writing he’s splashing paint on canvas and trying to convince everybody that it’s art.