Crank smashed his truck through the wrought iron gate. A Glock 22 lay next to him on the seat. Country Mud pumped through his veins. His temples pounded an offbeat rhythm, his muscles flexed rubber band tight, his body chilled with cool sweat.

An hour before he’d snatched up Daisy Whitlock. She was shoved in the extended cab, wrists tied behind her back, she cried through a balled-up gym sock. Her daddy owned seventy-eight acres of north Georgia, managed the region’s oldest credit union, and kept enough money on hand to purchase salvation from God.

Crank laid down on the horn so the family rushed outside. Dark-eyed teens and their shapely mama gathered behind their dad. William T. Whitlock rested his arms on the porch banister. Shirt sleeves rolled to his elbows, coarse hair prickled when he saw the gun. Crank moved quick. The Mud fueled him. He slung open the back door, grabbed Daisy by the hair, and flung her to the ground.

He stomped a heel into her lower back, aimed at the back of her head, said, “Know you got plenty of money, Mr. Whitlock. More’n you’ll ever spend. Won’t hurt you none to spare me some.”

William T. herded everyone back inside. Daisy’s mama tried to fight around him. He jerked the door shut in her face. He turned back to Crank, neck red, eyes razor slits. “Daisy, he treat you all right?”

Daisy cried through the sock.

“You see her.” Crank’s grip shook. Made his aim unsteady. “She’ll stay all right long as you gimme what I’m askin.”

William T. stood at the edge of the steps, fists balled in his pockets. “How much you askin?”

Daisy wracked under Crank’s boot. His vision shimmered. The Country Mud boiled inside him.

Whitlock knelt, pulled his pants leg high, drew from an ankle holster. He returned to his full height, aimed between Crank’s eyes. Snorted, said, “Kill her then.”

Crank’s shoulders were taut. His eyes bubbled and twitched. He jerked Daisy around by the hair. Pulled her to her knees. Aimed the Glock into her crown. “You gone let me kill your little girl?”

William T. moved easy. Closed the distance between them. Honed his sight between Crank’s eyebrows. Gave a soft answer, “Got two more inside.”

Daisy bit a scream into the sock. Crank snarled, grit rotten teeth, bore the gun into her head. “I ain’t kiddin with you, Mr. Whitlock.”

Whitlock took a final step forward, placed the barrel against Crank’s soggy skin, pulled back on the hammer. William T. glanced at his daughter. Tears squeezed through tight lids. He locked in on Crank. Said, “Neither am I.” 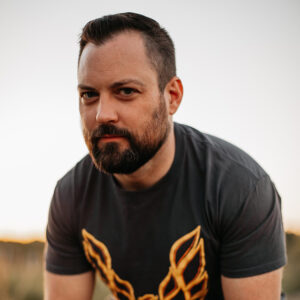