“I don’t do that stuff anymore.” I tried to sound convincing even if I knew Carlo wouldn’t care.

“You’re never out as long as you’re breathing. You don’t turn your back on your brothers.”

Carlo and I were sitting on the rockers on my grandmother’s porch. Him still trying to make it as a gang banger, me trying to leave it behind.

“I got a kid now. I got a job and I’m getting married.” I got promoted to manager of a small convenience store in a neighborhood where there were no grocery stores. I wore long sleeves to cover the gang tats. On the street they made you a player or a target. No matter how you try to hide your past, it never goes away.

“Be a shame to make your kid an orphan before

“Why me?” I looked over, but only for a second, I didn’t want to start a stare down and be the first to break away.

“Wednesday is pay day and old man Roberts locks the cash in his safe Tuesday night. It cost me a twenty dollar high to get that out of Donny.”

Donny had been fired three weeks ago for skimming. His habit got bigger than his paycheck.

“You just got to make sure the safe is open when I walk in.”

“That’s how you play it. Think of your cut as a wedding present”

“Was this Damien’s idea?”

“Damien don’t need to know. Just you and me.”

Damien was the current top bad guy for twenty square blocks around us. He’s cool if he gets a piece of the action but Carlo wants to screw him. “How you gona do this?”

“You know that guy who’s been hitting convenience stores all around the city? Different neighborhoods, different times but always the same outfit.” Carlo held out a picture from tv video. “I got the same hoodie, pants, sneakers, ski mask. Even the same gun. The cops will be looking for him.”

“And everybody, the cops, Damien, Roberts, they’re all too dumb to see it for what it is?”

I looked down the street at the window of my son’s room. I asked myself what I would do to make sure he never gets into the gang life. How many bangers would I kill to protect him? Is it possible to shoot your way out of hell?

Tuesday night I sat staring at the safe. The combination was in Roberts’s desk and I had the key. I sat turning it over in my hand, feeling the smooth, cold metal between my fingers. Was it the key to a new start or a jail cell?

There was a crash from the front. I couldn’t see Carlo but I heard his voice. I stood and opened Robert’s desk.

I strode down the aisle at a fast walk. Past the racks of chips, past the slurpee machine, past the donuts. Carlo had his gun pointed at the cashier who replaced Donnie, a middle aged Hispanic woman with three kids who worked days in the school cafeteria. She already emptied the register and he was ordering her to get out from behind the counter and walk towards the back. Towards the safe. Towards me.

He was surprised to see me standing there. He was surprised when I raised the old Colt 45 that Roberts’s inherited from his father, the one he kept in his desk drawer. He began to turn his gun on me but I surprised him and fired. The first shot hit him hard. He got one shot off but it hit the floor. I fired three more, just to make sure. The cashier sat on the floor crying.

The cop didn’t waste a lot of time interviewing me. “The tapes back you up. Looks like a good shoot to me.”

“Is there a reward for him?” I knew the answer but I was playing dumb.

“Ten thousand. You shouldn’t have any trouble collecting. Thinking of a new car?”

“A college fund for my son.” 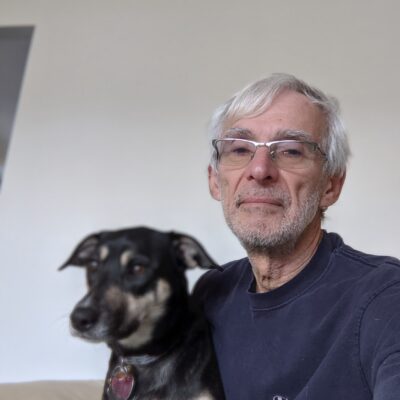 Al Kanach spent many years in construction project management building things. Now he dreams them. Some of those dreams have appeared in Mystery Tribune, Close to the Bone and Yellow Mama. He’s currently shopping his first crime novel while polishing a political thriller.