Spider ran inside and slammed the door.  “I Got ‘em!  I followed her and got ‘em as soon as she put ’em in the mailbox out front.  She never even knew I was there!”  He reached in the front of his jacket and pulled out a handful of oversized colored envelopes.

“Who says Momma’s ever got to know?  You’re not gonna say anything are you?”  Mickey knew the tone in his brother’s voice; he shook his head back and forth as fast as he could.

“I wont say nothin’ but Momma knows things.  She always knows what’s going on.  Even when I don’t say a word.”

“I already told ya; it’s Father Lonnigan.  Every time you go to confession he calls and talks to her.  You gotta stop talkin’ to that damned priest!”

Spider sighed.  He put his hand on his brother’s shoulder and gave him a gentle squeeze.  “Alright you big goof.  Just don’t tell him I was with ya, okay?”

Mickey nodded his head but kept his eyes on the floor.  Spider sat on his bed and started sorting the cards into two piles.  He shoved one down the front of his shirt and handed the other to his brother.  “Alright, here you go.  You got to get rid of these.  Don’t just put them in the trash; burn ‘em or somethin’!”

Mickey looked at the heavy envelopes.  A few were red, some green.  There was even a gold one.  Each one had their mother’s familiar cursive script.  “Don’t you want to open these first?  You don’t want me to burn the money do you?”

Spider laughed at him.  “Don’t try to start thinkin’ now.  I’ve got it figured out.  She always puts the gift cards in the ones that say ‘don’t open until Christmas’ so the other ones are just the regular old Christmas cards.”  He stood and grabbed a jacket and turned to the door.

“Where are you going?”

“I gotta get out of here before she gets back.  I’m gonna go see PayDay.  He says he knows a guy that’ll pay cash money for these things.  When I get back I’ll give you your cut.  If you want I’ll take you to Circle K for a slushie.”

Spider smiled.  “Yeah, just do what I said; burn that shit, and I’ll get ya a comic book.”  He pulled the door shut behind him.

Mickey’s cell phone rang twenty minutes later.  It was Spider.  “Mickey!  Oh shit, man.  I’m glad I got you.  You didn’t burn those cards yet did you?”

“What’s wrong, Spider?  I did what you said to do.  What happened?”

“It was the cards!  You burned the wrong ones!  I opened the ones that said ‘do not open until Christmas’ but they were just the fuckin’ Christmas cards!  The old broad must have gotten them switched up!”  Spider swore again and hung up.

Mickey smiled.  He lifted up the edge of his mattress and pulled out the colored envelopes.  He walked to the corner and put them in the big blue mailbox.  Mickey knew that Spider was the smart one but he knew that sometimes he was pretty smart too.  Now he didn’t have to tell Father Lonnigan anything at all. 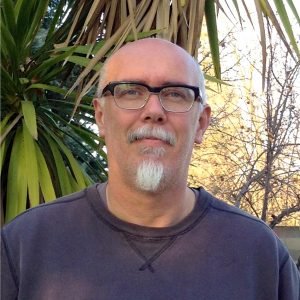 Paul Newman lives in Northern California with his wife, daughter, and a neurotic beagle.  He sleeps with the closet light on and keeps a cricket bat next to the bed… just in case.