It began with blood on his son’s face. The father, a big man perpetually white knuckled—a consequence of hands almost constantly crabbed into fists—grabbed his boy by the nape. The pressure sent stabs of white lightning through his shoulders and down his spine.

“Let one of the other boys best yah, did yah? Who was it?”

The son felt his father’s fury in the way his body shook; saw it gleaming out from his eyes. Anger rained down on him in flecks of his father’s spit. He knew the real question behind those three simple words: was the other boy bigger? How often had he heard his father say he couldn’t believe his only male spawn took after the mother: short, and puny. “I’ll make a man outta yah,” was one of his father’s favourite sayings.

So old-fashioned to call one’s father sir, the boy knew that, but then everyone in this neighbourhood seemed to greet the man with some honorific. Even grown men were afraid of him. Boys were terrified, even those the father would have liked to have for a son.

To his father there could only be one greater sin than a smaller boy beating a child of his into the ground, and that would be the shame of having to say his son’s face was messed up because he’d tripped; fallen flat on his face like some girl.

Men didn’t trip. Didn’t cry. Didn’t let anyone but the bigger guy best them, and even then, when they knew they were beat, they put up a fight. No excuses. No amnesty. Under that vicelike grip, his bones would soon snap like dry twigs. Then his father would take him home, use him for the effigy to burn come bonfire night. He envisioned it all—his body concealed by old clothes and no one realising anything was wrong until they smelled roasting fat as the fire consumed the evidence, his body incinerated. If there were any proof left who would believe his father capable of such a thing except for those who knew him, lived with him? The boy could see flickering flames of hellfire in the depths of his father’s brown eyes, and smelt what might be a soul burning. He had to tell him something or his father might break this time and kill him, by accident or intent. Let someone else have the bruises.

Old clothes made him think of Old Mack.  Colin Mackenzie, the eccentric tramp that lived at the end of the cul-de-sac, house running down like the end of someone’s life looming. Tiles cracked. Eaves sagging. Damp rising. Soaked in piss and wind, muttering absurdities to beings that existed in a universe only the old man had an open window to. Inspiration came in condemnation.

The father’s brow tightened. His gaze narrowed, irises turned black. Could have been a trick of the light or an inner demon rising. “Touch you, did he?”

Confusion at first paved the way; clarity cemented it. He didn’t want his father thinking that. It wasn’t true, but worse, the thought was disgusting. The son shook his head. “N-no. K-knocked into me. Don’t think he meant it. I got in the way.” In fear he took some of the blame. Maybe his father would accept it as an accident; let the old codger alone.

“A boy would be too ashamed to say if that were true, anyway.” His father didn’t seem to care for veracity. He took a dirty handkerchief out of his pocket, spat on it, wiped the blood from his son’s face with things far worse. It was all the boy could no not to cringe from traces of mucus; he’d take his own blood over his father’s snot and saliva any day.

“That nutcase has been askin’ for a bruising. Don’t yah worry. He ‘as it comin’.

The son translated: him or you? This is the way of the world. One of you won’t be able to walk come morning. This is all about survival.

The father walked away leaving the son standing. 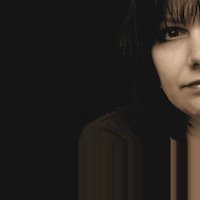 Sharon Kernow's writing varies but when given free rein veers to the dark in the telling of a horror story, Gothic romance, contemporary crime, or with any situation that may contain an undercurrent of the mysterious or unpleasant. Her ability to write something dark, gritty, and even outright twisted has led to appearances in publications such as MidnightStreet, Aoife’s Kiss, Night To Dawn, and Radgepacket. Her short story — Bitter and Intoxicating — was snapped up for Red Velvet and Absinthe, an anthology edited by Mitzi Szereto, foreword by Kelly Armstrong, designed to evoke the romantic ethos of classic Gothic fiction with a serving of eroticism. She was propelled into the steampunk universe of Space, 1899 and beyond, winning approval of series creator and award-winning game designer, Frank Chadwick, and editor, writer, and co-author, Andy Frankham-Allen.