More than once Jimmy LaCoursiere’s tire chains saved the DeSoto from a slippery carom on Duluth’s west end streets. He knew where it was, but with the physicality of the weather he moved at a crawl, looking for the neon, the perceived warmth.

He found a space a block away, bulldozed the snow and parked. Cassie had said, Mom’s Diner, let’s meet there at bar time.

Cassie asked Jimmy to drive up from St. Paul. That was the plan.

He stomped his shoes, knocking off the snow, brushed the heavy flakes from his blue overcoat, felt the weight in his pocket, and looked for her. The diner was loopy with everybody there from the neighborhood’s emptied taverns, everybody who didn’t have a tippling house to go to, or a whiskey-dicked assignation.

He claimed a stool at the counter and watched her work on her own. The last time he’d seen her was a year ago last summer at the reunion in St. Paul. She was a cushiony fireplug of a woman, red hair regularly washed with peroxide. She was someone he’d never minded pushing up against. In fact, he’d wanted to marry her.

He smiled and caught her eye. She looked surprised to see him, but he knew it was a put-on. That was okay. Flipping her green pad to the next slip, her eyes darted back at the swinging door to the kitchen before she asked, “What can I get for you?” And lower, “I didn’t think you’d come.”

“Come on. Lot of people waiting.” Then she looked at him, blue eyes pleading. Her voice a whisper that could drive him crazy now weaved with fear. “Come on, Jimmy. Come on, baby.”

He blushed at her urging him on and she smiled, looking down, remembering. The moment snapped when the cook called her name from the pass-through window. She tightened up. Jimmy said, “Coffee, black, you know, and a burger, fried onions.”

She scribbled in her pad and hurried off to take another order.

The cook had to be the one.

When there was any slowdown, taking orders, pouring coffee, clattering plates of greasy food in front of people, the cook barked from the window. Cassie would lay the orders down on the window ledge and he would snatch them up, mumbling when she was near. Once, he came through the door and really gave her the business. He had a gaunt, craggy face, reminded Jimmy of the actor Robert Ryan, down to those dark eyes locked into a too-many-mile stare. Jimmy wanted to drag him in back and brain him with the bottom of a hot cast-iron skillet.

When she brought his burger and coffee, she nodded, That’s him. Dunphy. Jimmy remembered what she’d told him on the phone: None of us wants to be alone with him. He blocks any of us girls in the storage room. Yanks up our skirts. There’s nothing we can do.

There’s nothing we can do. The others quit. I want to, but first I wanna teach him.

Dunphy burst from the kitchen again and grabbed Cassie’s upper arm and hauled her into the kitchen. Jimmy heard the muffled shouts.

When she came back out, he could see the impression of Dunphy’s hand on her arm.

He’d heard enough. He’d seen enough. Jimmy pulled the weight from his pocket, the Colt Detective Special. He asked Cassie for a doggie bag. When she brought it and turned away, he said, “Wait. This is what you wanted.” He slipped the gun into the bag, slid it across the counter.

The minutes before closing dragged. Dunphy never let up, though it was coming and he didn’t even know it.

The winter storm blew itself out. The regulars, gabbed out, dream broken, stirred themselves to move and emptied out of Mom’s into the snowdrift streets.

Dunphy came out and motioned at Jimmy, You. On your way. It’s closing time.

The cook didn’t even know what was coming. Jimmy thought he did. He loved Cassie all the more for it.

But then she turned and aimed the gun at him. 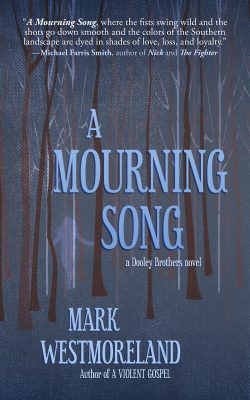