That autumn our schedules synched, and we spent Tuesday mornings together at Karamanos Cancer Center in Detroit. Tuesdays came quickly and laughs were rare.

Jane’s was the real deal: the kind of cancer that got her waitlisted for clinical trials. Barbara was there for the quick hits administered after uterine.

Nancy never said what beast she fought. “Stages are for actors,” she said.

And let’s not talk about me.

Detroit’s cold by October and we were wearing absurdly colorful knit hats or scarves. Except for Jane, who didn’t give a fuck. A purple and green face was painted on her skull for Halloween. It read FIERCE BITCH in bold letters.

Maybe it was the poison running through our veins that made our conversations drip venom. We’d transitioned from complaints about Comcast, to critiquing the legislature, to spilling our guts about ex-husbands. Soon, we were listing reasons people should be shown the door. To varying degrees, we were ready to do it.

“So who would you do, Carol?” Nancy asked.

“Hypothetically, right?” In fact, I’d compiled lists of candidates to lull myself to sleep. “I guess I’d try to take out a Supreme Court Justice. Only way to get rid of them.”

“Yikes!” Barbara asked, adjusting her blanket. Barbara was always cold. Chemo did that to some people.

“Why did you have to go and get all noble, Carol?” Barbara said. “Supreme Court Justices? You should do that guy who practically raped you in college. Me, I’d do my ex.”

“You’re not helping things by killing your husband or someone from the past,” I said. “Think bigger.”

“How do you even get at those people,” Nancy asked. “People like that have security.”

“It’d make all this easier if I could take down just one bastard.” Nancy said. Her eyes flitted to the knitting in her hands. “It’d sure beat making another hat.”

“How about someone who preys on kids?”

I can’t remember who said this. Maybe me. “No reason we have to make a big splash.”

“With Megan’s List, it’d be easy to find a deviant,” Jane said.

“There’s a creep living six blocks away,” I said.

“You sure about it?” Nancy asked. “Wouldn’t want to take out an innocent man. Or kill someone who had sex with his sixteen year old girlfriend at nineteen.”

“This one’s on parole. Not a nice story.”

We went out on Halloween night dressed like Disney princesses. When you put on costumes, wear a wig and make up your face, anyone can look ten. At first, we tittered at our audacity, nodding to our fellow trick or treaters.  But the jolliness faded.

“Look he’s not gonna try anything if the four of us knock,” Nancy said.

We looked at each other, uncertain we wanted her to go in alone.  The outline of the gun showed in her pocket. Princess dresses are made of thin fabric.

We stood behind a stand of trees and watched her move toward the door, stopping about three feet in front of it.

“What is it?” Barbara hissed.

Nancy motioned. In a second, we could see what stopped her. A sign with a smiling pumpkin X’d out hung from the door.

“STOP! No candy handed out here,” the sign read. A Community Service of the Pruitt County Sheriff’s Office.

Nancy was already walking away. “He paid his dues. That sign’s gonna scare kids to death. I should rip that thing down.” Her hand moved to it and then stopped

“A lousy idea anyway,” Barbara said. “Who made us executioners?”
“Cancer did,” someone said. I wasn’t sure who. Maybe it was me. 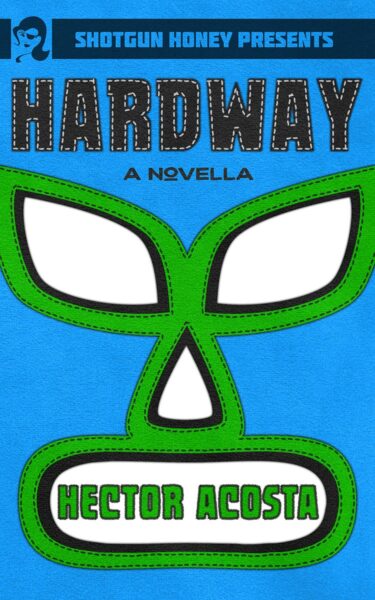