Cara Quemada rode to the hospital in an ambulance. She stared at the lights along the ambulance’s ceiling. Three or four I.V. bags swung into her peripheral vision according to the bumps in the south Florida road. Every inch of her body stung like fire ants, like the first time she’d been burned. It felt like a sheet covered her now, but she couldn’t tell if her clothes had melted off. She gripped the mattress with both hands and wiggled her toes. Skin on her legs and feet was tight and brittle. She barely felt alive except for the pain.

She’d been on her back in a car hundreds of times before. Maybe a thousand or more, but never on a bed like that. The first time had occurred around her tenth birthday. Senor Delgado from the countryside picked her up three days a week for piano lessons his wife taught at the old Coconut Club on the beach. She taught one city girl a year for free. The teacher’s husband, Senor Delgado, provided transportation. No one seemed to know he always pulled over long enough for Cara to memorize the ceiling of his car.

She never said anything because it was better than being face down in the muddy floorboards. Mostly, she needed those piano lessons, though she enjoyed them less and less. The things she was made to touch in the car erased what little joy she might’ve had from moving clean hands over the keys.

She’d wanted to be a jazz pianist as the teacher promised to help. “Te haré un excelente músico,” were her exact words. That was years before Cara’s face was burned the first time.

Senor Delgado got caught with one of the other girls, a paying student. He was taken away. The happiness Cara felt was overshadowed by her sadness of never completing the instruction she needed to be excelente.

The ambulance turned and hit potholes. One of the I.V. bags swaying above her head pumped whatever was responsible for making the memory so vivid.

What she had no memory of, was being lifted out of the canal. No memory of being wheeled and loaded. All her mind focused on was the gunshots, the crash, the explosion, everyone else in the car. Three friends and a lover lost in the fight of their lives. Though they fought the Italian crew bravely, they were outgunned from the start.

The pain medication felt warm and made her hopeful. She had no way of knowing if they got pulled out, too. She tried to ask, but pain made it impossible to feel the words hum out of her chest.

Her ribs ached with every breath and her nose felt broken. She raised a hand to check. Before it got there, a paramedic caught her wrist with his chubby and gloved hand.

His grip was gentle—just forefinger and thumb—on either boney side of her wrist. That tender mercy for her pain brought a tear to what used to be her good eye. She blinked rapidly, the white ceiling like a strobe light.

Sweetness filled her mouth and her pain seemed to dull and then pause. Her injured ribs expanded and stretched charred skin. She’d never witnessed such kindness or goodness before, let alone received any.

In that instant, she believed in the power of kindness for the first time in her life. She closed her eyes and heard only the rattling of the medical gear in use or in waiting.

She made a vow to devote her life to doing good, to maybe feeling that way again, to stop inflicting pain on everyone all the time.

“You’re going to be okay,” the paramedic said. “You’ve got to believe that!”

The reduction in pain continued and Cara lifted her head. Her hair stuck to the pillow and her nose felt like a ten-pound brick.

Her sudden movement reminded her the pain was paused, not gone. She coughed with a laugh attached to it, unsure if she could speak. “Si,” she said in what felt like a whisper of her natural voice. “Yo siempre sobrevivir. I always survive.” 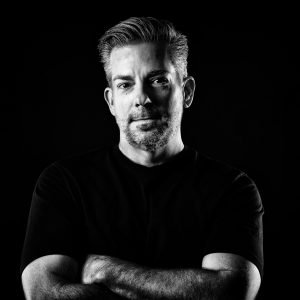 Jeffery Hess is the author of the novel Beachhead and the short-story collection Cold War Canoe Club as well as the editor of the award-winning Home of the Brave anthologies. He lives in Tampa, Florida, where he leads the DD-214 Writers’ Workshop for military veterans.