The snow-covered deck was already spotted with red when Bobby Coldiron stumbled outside to pass out in the fluff. He woke up minutes later, covered with a dusting of white. Ten feet away, Sid Carmody’s body was also collecting snowfall.

Years ago, some no-necks grabbed Sid and held one side of his face against a belt sander. He killed them both, but his cheek was permanently flat on one side and he picked up the nickname, Bookend.

Stiffened by the cold, Bobby crawled to the railing and pulled himself up onto wobbly legs. He rubbed his hands together and stomped his feet on his way inside to the kitchen. Bobby willed his fingers to rotate the black plastic knob to “ON,” and opened the large oven door, waiting to feel the sting of heat returning to his extremities.

Stupid, Bookend Sid. Who knew he would be there, chumming it up with the Philbys? Everything would have been fine if the old guy had simply stayed home in Dorchester and let Bobby kill the Philby brothers.

When he’d shot them, Bookend had come at him like a hungry tiger, and Bobby had shot him in the chest, right above the pump. Sid had spun away to sit on the floor, yelling about being shot while Bobby busied himself killing the other few patrons.

He’d finished shooting the last person when Bookend cracked a pool cue across Bobby’s skull. When he dropped his gun, Bookend kicked it away.

“Damn,” Bobby thought. He killed Bookend, but the old fool hadn’t figured out he was dead. Had to be at almost fifty and he was still a handful. He hit Bobby with a right cross, breaking Bobby’s nose before walking outside to collapse.

As syndicate haunts go, Michaella’s Grille was old-school. Wall to wall shag carpeting. Bobby’s blood was by the bar, in the dining room and in the kitchen. Everywhere. He wasn’t about to leave that evidence for the Feds to find.

His client would be disappointed. He was supposed to leave the dead Philby brothers on display, but Bookend had changed all that. Bobby crawled around until he found his gun underneath one of the pool tables.

There was plenty of liquor to ignite, which provided a logical, foolproof accelerant. The cops knew Bookend. He’d look good for all of it. They would find a clean gun in Bookend’s hand, complete with a sound suppressor. They would believe Bookend killed everybody inside, managed to get shot himself, and left the burning building to die outside. Who wouldn’t believe Bookend Sid Carmody was crazy enough to do all that?

Out on the deck, he placed his gun in Bookend’s hand, hopped over the wooden railing and dropped the six feet down to the street. He turned back to look at Michaella’s as he walked away. The glow from the fire inside was quickly growing in the windows. He looked to the stars and thanked them for giving him such a great life.  They were the last thing he saw before a bullet pierced his brain.

At the edge of the deck, Bookend Sid Carmody wiped the snow from the flat side of his face and dragged himself over the railing. His shoulder hurt like hell.

Smoke poured from every corner of the old restaurant as Bookend walked past Bobby Coldiron and dropped the gun next to his body, “You should have made sure I was dead, kid.”

Too bad about Michaella’s, Bookend thought. It was a great place.

He didn’t look back. 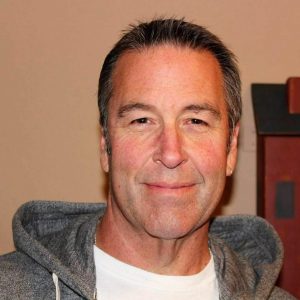 D.V. Bennett lives in southern Washington State, enjoys spending time with his family and training in martial arts. He has a day job, but writing is what keeps him up nights. You can find out more about him and what he writes at https://www.dvbennett.com/