Somebody took out the king’s son Kore with a blade. A bad blade, one that left many deep wounds. Kore had been in hiding and detoxing, sedated, watched over.

When the king heard his enormous head trembled like jellied beef. Rage. And some other thing. A strange light flickered on behind his eyes.

The king’s people were Kore’s watchers. No outsider knew of the confinement. There were six. Gabor, Bela, Tibo, Jal, Zoltan, and Joska. Conclusion: trust no one.

Kore’s funeral was set for the family plot in the Union graveyard. “No. Not yet,” the king said. He called for an open casket in Ho-Ho-Kus. In the subbasement of the Goulash Pot. Six invitations. He himself made the seventh.

He was all the time now visiting the seer Celesta.

The six watchers, in dress black, filed down the basement stairs. No chairs. The corpse was naked on a low surface covered with a black shroud, the shroud scattered with glittering stars. Kore’s thorax was covered with red wounds like so many extra mouths. Everyone stood at a respectful distance.

The king stood where he could see the men and his son’s body. “Each one walk up alone,” he said. “Count five then you go off to the left. No touching. Touch and o Beng himself won’t save you.”

Then Bela approached. A trickle of blood ran from a wound in Kore’s side.

Bela’s face was frozen in alarm. “Nano, not me, this was not me.”

“The dead know no coincidences.” The king spat the last word with contempt. “What did you think? You would be in my place?”

“You are discarded. Like the mess of a diseased cat.”

Everyone in the basement stared at Bela. His eyes swept them uncertainly. Then he ran up the cement stairs.

The king spoke. “My grandparents grew up caravanning near this place. I have a 20-room house. But no one close. No one.”

The others stood with their heads inclined, looking everywhere but at the shrouded bier.

“I would have nothing done in my son’s presence,” the king said. “Let the death angel fly from this room to . . . Bela’s false heart. Any of you here can claim the honor.”

There was no more to be said. The men filed silently back up the steps. Leaving the king alone, to take his final leave.

Out on the street, Zoltan and Joska stopped for a smoke by Joska’s car. Joska said, “Very superstitious.”

Zoltan said, “No one thought Kore would be able to hold control.”

“He’ll have to choose another.”

“We all have choices to make. Are you in the chase?”

Zoltan didn’t reply. He carefully crushed his cigarette on the ground. Trees lining the road were bursting with white blossoms. Then he said, “This is the best place to live in the state. There’s no crime.”

Zoltan was tasting blood from the nicks in his tongue. At the count of five, spitball a chip of glass into the body. Hit a scabbed spot and the bleeding would seep out – just as Bela walked up. That’s theater. He knew what Celesta had said to the old man. Blood will tell. Blood will tell. For the millionth time he thought it through. He’d removed the top two. The king had gone mad. Zoltan would be ruling in the East, not many years from now. Just wait. 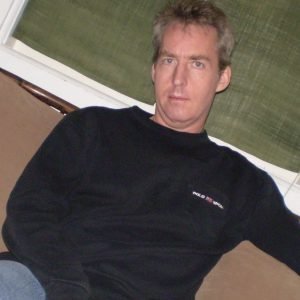 Arthur Evans’ Jersey stories can be found in Near to the Knuckle, Mysterical-E, and Switchblade #7. For his own sinister reasons, he uses a pen name.