“This isn’t good,” the auditor mumbled as he stared at the mountain of expense reports from our division. I thought it was a comment on the size of the pile but Jerry recognized right away that the aside was directed at something inside the pile. We glanced at each other and waited to see who would break first. It was me.

“What did you find?” I asked, my voice squeaking. Any sound would have been discomforting after sitting mutely in the room for two hours while this guy silently moved papers back and forth. We had gone several years without a visit from corporate of any type and then, out of the blue, this guy showed up unannounced and wanted to see twelve months’ worth of originals. Jerry told him to take a hike, but it turned out that wasn’t an option and we had to set up a folding table in the middle of the office then sit near enough to him to answer questions.

“Excuse me?” I prodded and worried that he might be having a seizure or something.

“These aren’t real numbers,” he said quite clearly and looked up from the pile.

“What are you talking about?” Jerry rose from his chair. “Are they blurred or something?”

“No,” the diminutive man motioned to the stack. “Every receipt is crystal clear but a good many of them aren’t real. Someone made them up.” He shook his head and repeated the phrase that had started it all: “This isn’t good.”

“I’m not following you,” I confessed. “Working out of this office we have to pay for things all the time. The guys turn their receipts and we reimburse them. It’s pretty simple.”

“It is supposed to be,” the man said self-righteously. “But sometimes the system gets corrupted and people turn in receipts for things that didn’t happen or they didn’t pay for just so they can make some extra money.”

“You don’t know what you’re talking about!” Jerry started to take a step forward and then thought better of it.

“Ah, but I do,” the man assured us and removed his glasses to distractedly clean the lenses with his tie. “Are either of you gentlemen familiar with Benford’s Law?” Our expressions must have signaled that we weren’t for he chose to go on without waiting. “If you take enough numbers and put them together, you’ll find patterns. Oddly enough, in naturally occurring numbers there is not an even distribution of the first digit. Most people think there would be, but it is Benford’s Law that tells us otherwise. The number one should be there over 30% of the time and the number two is there almost 18% of the time. The number nine is the most infrequent number and should be there less than 5% of the time.”

Jerry and I looked at each other blankly while the little man continued to talk: “When people make numbers up, they don’t think about Benford’s Law because they aren’t familiar with it. They like to use the number nine and they like to use all the higher numbers more frequently than they would naturally occur. Do you know what that is called? It is called fraud and it is not that hard to catch once you know what to look for.”

As his words fell to the carpeting, I thought about those expense reports and how I had added in one or two items each month in the beginning and then more each month when I realized that no one was questioning them. I thought about the receipt templates I had downloaded and printed and how realistic they looked. I thought about how that extra money had helped pay for Kristin’s braces and then her college.

Jerry wasn’t as much of a thinker as I. He shot the auditor three times in the chest before the man could remove the smug smile from his face then called some of the boys to pull a truck around back. As I picked up the casings, I wondered if Benford would be sad to know that a 9mm had been used instead of something smaller. 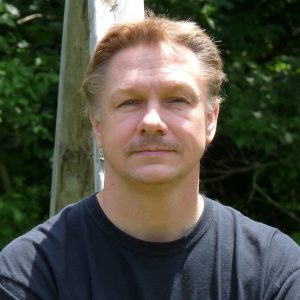 Emmett Dulaney is the author of several books on computer certifications including the CompTIA Security+ Study Guide (Sybex), and CompTIA Network+ Exam Cram (Pearson), both of which are guaranteed to dull one’s senses enough for a sound sleep. He lives in Anderson, Indiana, where he is an associate professor of entrepreneurship and marketing. For more, visit www.emmettdulaney.com.