When Beatrice opened the door, she assumed the two young men on her front porch were Christians from some church or another. They looked the part.

The taller of the pair, his hair shaved to stubble, grinned like a monkey.

“If you ever want to see your daughter alive again, let us inside.”

Beatrice gawped, flicked her eyes to the shorter one. He nodded gravely. She let them in.

“Please,” she said, her voice weaker than she wanted it to sound. “Please don’t.”

“Don’t what?” the shorter one said. “She’s fine. You just do what we tell you to do and we’ll be out of here in ten minutes.”

“Shh,” the taller one hissed. His face was the color of hospital walls.

They filed in, Bea in the middle. A pot was simmering on the range. The short one bent over to sniff at it, said, “Mmm—chili.”

“I’ll pay anything,” Bea blurted. “Anything you want.”

“Pretty good,” muttered the guy smelling the chili. Bea could not tell if he meant the chili or her offer.

“Oh,” said the tall one, a hint of disapproval in his voice. “We don’t want money.”

“Take some of this chili, though,” mused the short one.

“Shut up,” his partner snipped.

Bea said, “Oh, god. Oh, Jesus.” The blood seemed to drain from her cheeks, leaving them eggshell white. The tall one cocked his head to the side, assessing her reaction. She backed up against the refrigerator, knocked down a magnet with a picture of Snoopy on it.

The short guy dipped a wooden spoon into the steaming pot, then touched it to his tongue. He yelped.

“Should’ve blown on it first,” his partner admonished him.

By then Bea had started to cry. She directed her streaming eyes at the linoleum floor and undid the top button on her blouse.

The short man dropped the spoon on the floor and let out a curt gasp.

The other one just shook his head.

“Stop that,” the tall one said, waggling a finger at her and looking embarrassed. “Stop that now.”

“Well what the hell do you want?”

The tall one sighed, crossed the kitchen to a bank of drawers. He pulled them open, one after the other, until at last he found what he was looking for. Raising the gleaming cleaver and admiring it in the warm light of the windows, he said, “Your hand.”

Her eyes locked with his and she raised a single eyebrow.

“As a heart attack, lady,” the short one said. “The right one, if you please.”

“Because that is our demand,” the tall one replied. “Your hand for your daughter. Your choice.”

“That doesn’t make any sense.”

“Why should it? Time’s a’wasting, lady.”

She narrowed her eyes to slits, regarded the glinting edge of the cleaver’s blade.

“Do you have, you know, proof?” she asked haltingly.

“Proof of what?” the man with the cleaver said.

“You didn’t ask for proof when you thought it was money.”

“Or rape,” the other one said, making his partner wince.

Of course, they were right. Perhaps, she thought, it was just the shock of it, the unexpectedness of the demand. After all, what the hell were they going to do with a hand?

What was the damn point?

“Nice enough kid, that Dot,” the short one mused, turning the cleaver one way and then the other. “I guess she’d do all right with a one-handed mommy.”

“Your call,” the tall one reiterated.

Bea stifled a sob, wiped her nose. Slapped her hand down on the cutting board beside a small mound of finely chopped onions she was about to add to the chili when the doorbell rang. Dot liked the onions, sometimes requested extra.

Maybe they had her, and maybe they didn’t.

“Don’t make a fucking mess of it,” she growled. 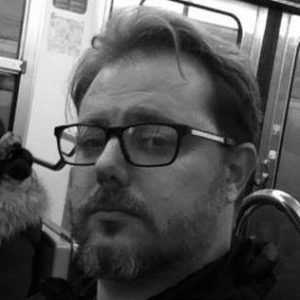