They picked him up at a Fridays, after ditching the police cruiser and the body of the woman they’d pulled over. Marguerite vetoed the guy Kelly had picked out, in favor of Tim. Kelly agreed. Those were the rules.

They left in his Jeep. Marguerite sat in the back, Kelly up front, where the wind whipping at her dress distracted Tim plenty. He parked crookedly in the lot of a brick apartment building.

Upstairs, they entered Tim’s one-bedroom man cave. He liked his guns, displaying them on peg boards. The pistols were ranged butt out, ready for action. Rifles stood in rows like soldiers. Trays held magazines in easy reach, next to a tactical body vest.

“Nobody could breach my defenses,” he sneered. “I’m always locked and loaded.”

Kelly reached for a nickel-plated revolver that gleamed like a mirror.

“It’s fine,” Tim said. “Lemme show…” But they ushered him into the bedroom.

“Wait’ll I tell the guys,” he said. Marguerite undid his shirt, Kelly his pants. He fell onto the bed. Given the taped up centerfolds, clearly nothing like this had ever happened to him before. Marguerite crawled behind him, kissing his neck, sliding her hand down his chest.

Kelly unslung her backpack and took out the Leatherman. Before he could react, Marguerite had her elbow over his mouth. Kelly used the three-inch blade to carve through his belly and into his heart. She stepped back from the spray, licked some gore from her finger, and eyed the stain glistening on her hem.

“Ok, I’ll admit that was fun,” she said. “But the other guy was really cute.”

“The other guy had buddies who’d remember you. Friend Tim was hovering on the edge of another group, trying to look popular, but he was entirely alone. Wash that dress.”

Kelly stuffed the dress in Tim’s washer-dryer unit, hidden in a closet. Marguerite had claimed the shower, so Kelly wandered the living room, fondling the guns. She looked like one of Tim’s fantasies, a naked girl brandishing hardware, right there in his living room. But his sightless eyes had missed their chance.

It was nearly one in the morning by the time Kelly got her own shower and put on the cleaned and dried dress. “Let’s go,” Marguerite said. “I wiped everything down, and we don’t take trophies, right?”

No one noticed Tim’s Jeep pulling away from its spot. When gas ran low outside Lexington, Kentucky, they siphoned a tank in a used car lot and switched drivers.

Back on the highway, Marguerite asked, “What’d you learn this trip?”

“Fine. No trophies. No greasy apps before a kill. Find a target with a washer-dryer. Satisfied?”

“You know, you could be a little more appreciative. If it weren’t for me, you’d still be in that diner, writing useless revenge fantasies.” Kelly rolled her eyes.

It was dawn when they entered a quiet Ohio suburb. “Let me off here,” Marguerite said, pointing to a ranch with marigolds lining the front walk. “Now, what about the car?”

Primly, Kelly answered, “Leave it downtown, but don’t get caught on a security camera. Use cash to take a bus home.” Before Marguerite could ask the next question, Kelly plowed on, “Then dispose of the dress, and my pack, and everything in it, including and especially the multi-tool that I shouldn’t have taken from the cop car in the first place.”

“Very good. You’re almost ready solo. In two weeks, we’ll visit Mount Rushmore. Now I have to clean up after the boys. My husband probably just left my casserole out so they could eat straight from the dish.”

Marguerite swiveled in her seat, but not before Kelly had flicked the Leatherman open and pulled the blade across her throat, careful to aim the spray of blood towards the marigolds. She held on to Marguerite’s Coach clutch as the body crashed to the street. She put it in her pack, next to Tim’s revolver. It would go well with her dress.

“Almost?” Kelly said. “Sure about that?” 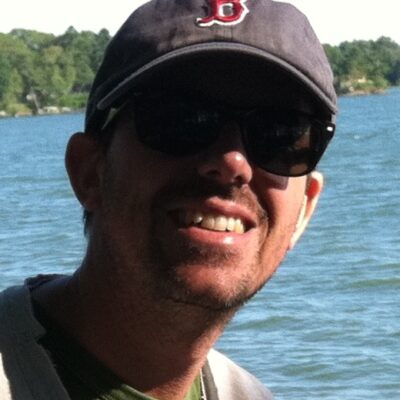 JM Taylor cooks up his sinister fantasies in Boston where he lives with his wife and son. He has appeared in Crime Syndicate, Thuglit, Out of the Gutter, Wildside Black Cat, and Tough, among others. His novel, Night of the Furies, was published by New Pulp Press and was listed in Spinetingler’s Best of 2013. When he’s not writing or reading, he teaches under an assumed name. You can find him on Twitter at @taylorjm7 and like his Facebook page Night of the Furies.