“Freeze and let me see your hands!” Fosdick’s raspy voice cut through the warehouse from behind me.  My stomach turned over and a chill went up my spine.

“Gun out, slowly.  Throw it to the side. Good. Now turn around… slowly.”

I turned and saw the forty-five in Fosdick’s right hand with its ugly death hole pointing at the center of my chest.  Behind it, Fosdick’s boozy pink face smiled from above his cheap rumpled suit and thrift store overcoat. The satchel in his left hand probably held the other half of the crew’s swag.

“Throw me your keys,” he said.  I threw them across the warehouse so that they landed right at his feet. But he was too clever to reach for them and just gloated.

“Detective Fosdick,” I said, “I anticipated that you would come here in person.”

“Frankie. Or, should I call you ‘Detective Keegan’ from IA?” he scoffed. “I had a notion that my text would smoke out the rat. You’re early.”

“I predicted a trap, so I came an hour ahead of time.”

“Wanted the other half of the money for yourself, did you?” he asked lifting the satchel for emphasis. “I planned for that, which is why I have Markus guarding it in the manager’s office.”

“Markus, get your ass out here, now!” he called out.

“I foresaw that possibility,” I said. “Markus is in the manager’s office but the only way he’s going anywhere is when the M.E. wheels him out in a body bag.”

“Two dirty cops,” Fosdick laughed. “Well, only one of us is walking away from this.”

I saw him brace his right arm as he took careful aim.  Even though I was sure of what was going to happen, I still felt my stomach muscles tighten inward and my breath catch.

Fosdick pulled the trigger and the gun simply clicked. He must have really wanted me dead because he clicked me five more times.

“You’ve got to be careful who you sleep with,” I said to his startled, wide-eyed face. “I flipped Maggie two weeks ago. I expected that 45 of yours might be a problem, so I had her slip duds into your gun last night while you were sleeping.”

Fosdick’s gun clattered to the floor and a wild look filled his face.  I dropped to one knee and went for the 22 in my ankle holster as Fosdick reached into his overcoat.  A 22 emerged in his hand as I brought mine up and out.  We each popped off a quick round and each jolted backwards in surprise and shock as bullets struck our chests. Then, we both regained our composures and pointed our guns at one another across the warehouse.

“I assumed it might come to shooting,” I said, “That’s why I’m wearing a vest.”

“I planned for that too,” Fosdick said, rubbing his left hand over the hole in his shirt and keeping his gun pointed at me.

“Center mass, Fosdick, center mass. Take that away and it’s unlikely that either of us is going to get a head shot except by dumb luck.”

“Right, so I am going to walk out this door with my half of the take. Give me five minutes and then grab what Markus was guarding in the office.”

“You aren’t going to get very far,” I said, “I supposed you might attempt to flee, so I put a BOLO on you before I came here, tonight.”

“I envisaged that could happen. That’s why I have your car keys,” he said scooping them up from the floor while keeping me covered.

“I’m going out that door and by the time you get to it, I’ll be gone.”

Fosdick picked up his satchel and backed his way to the door. He took one last long look at me, then wheeled around, grabbed the handle, and was out.

“You lose!” he called back.

I stood there waiting. I heard my car door close. I heard my engine turning over. Then, the loud bang of the explosion rocked the building.

“I anticipated that,” I said.

About Michael A. Raithel 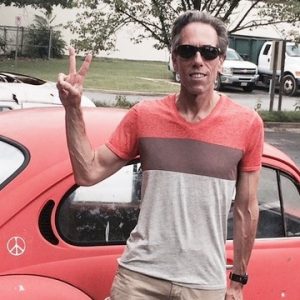 Michael A. Raithel is the author of five computer programming books, over 200 technical papers and programming blogs, and a book of computer humor: It Only Hurts When I Hit ENTER.

He works as a systems analyst in a research firm in the Washington, DC suburbs during the day and writes crime and science fiction stories at night.  Michael is a lifelong gym rat and an avid marathoner.