“We gotta get outta here, Butler! Fast!” Ralston stood in the open doorway, one foot on the sidewalk, looking like he’d just seen a ghost.

Butler rapped his pistol against the cellar door leaving five fresh dimples in the wood. “Let’s move Bonnie! We gotta vamoose, girl!” He stalked across the room and peeked through the curtains. “Bring the car up in front, dude. We’ll be right behind you.”

In the cellar, Bonnie sat on the dirt floor crying softly.

“You know I’ve been in love with you since Miss Milligan’s class,” she said.

Crane lay on his side, beaten, bloodied, bound, and silent. He knew this was it. He knew nothing he could say would stop what was about to happen.

Miss Milligan had been their sixth grade teacher, and Crane was surprised how easy it was to feel the sweetness of those simpler times. “How about the time Johnny Van beat the shit out of all them boys at Jacob’s playground?” he said. It hurt to smile, and tears of his own stung their way through the nicks and gouges in Crane’s face before soaking into the black dirt floor.

Crane knew if they kept talking like this she’d take him in the middle of a sentence. One second he’d be in sixth grade and then click – he’d be hopping off at the next stop.

“How about the first time you kissed me at Lucinda K’s birthday party?” she asked.

“I’m pretty sure you kissed me,” he answered. His cracked ribs stung like a swarm of hornets, but Crane couldn’t help but laugh. They’d had this conversation a thousand times.

“Baby, I can’t feel my hands,” Crane said. “Any chance you could let me have ‘em back for just a minute?”
She fished a nail file out of her purse with one hand while she nestled Butler’s forty-five against the back of Crane’s head.

She sawed at the tape binding Crane’s hands when Butler flung the cellar door open.

“What the hell’s going on, Butler?” she stood and swung the pistol in Butler’s direction. “Butler, talk to me!”

“No time! Forget about him!”

Crane freed his hands from the remaining shred of tape, sat up, and threw his arms around Bonnie’s legs, dropping her to her knees.

“Butler!” she yelled, trying to be heard over the sound of the passing freight train.

But he was gone, and the train thundered like it was going right through the house. Bonnie kicked free of Crane’s grip and ran halfway up the stairs to put some distance between them.

“G‘bye, Crane,” she said, leveling the gun on him.

Crane rolled into the hole they’d dug for him and Bonnie’s first shot thudded into the dirt where he’d been. His ears popped and the roar of the train took on a surreal dimension when the house began to shudder and tremble.

Bonnie jumped back down the stairs and took two-handed aim at Crane as he lay facing her from the bottom of the hole. Crane braced for the slug when above them the house seemed to swell for a moment before exploding into a seething cacophony of splintered lumber and shredded humanity. Frozen in the moment by a white-hot web of lightning, he locked eyes with Bonnie for a split second before she was plucked away as if by the hand of The Creator himself. Her second shot was swallowed by the vortex, and spit out, along with the rest of Lewisville, Arkansas, somewhere along a three mile swath of devastation that would change county maps for years to come. Then, like some divine vacuum cleaner, the tornado sucked Crane out of his would-be grave and dropped him in the soft hand of a muddy cornfield a couple of hundred yards away.

Crane patted himself down. “Sweet Jesus Christ on a cross,” he said, in the way of a prayer. He boosted the first pickup he came across and pointed it toward Shreveport. His guy there would know what to do next. 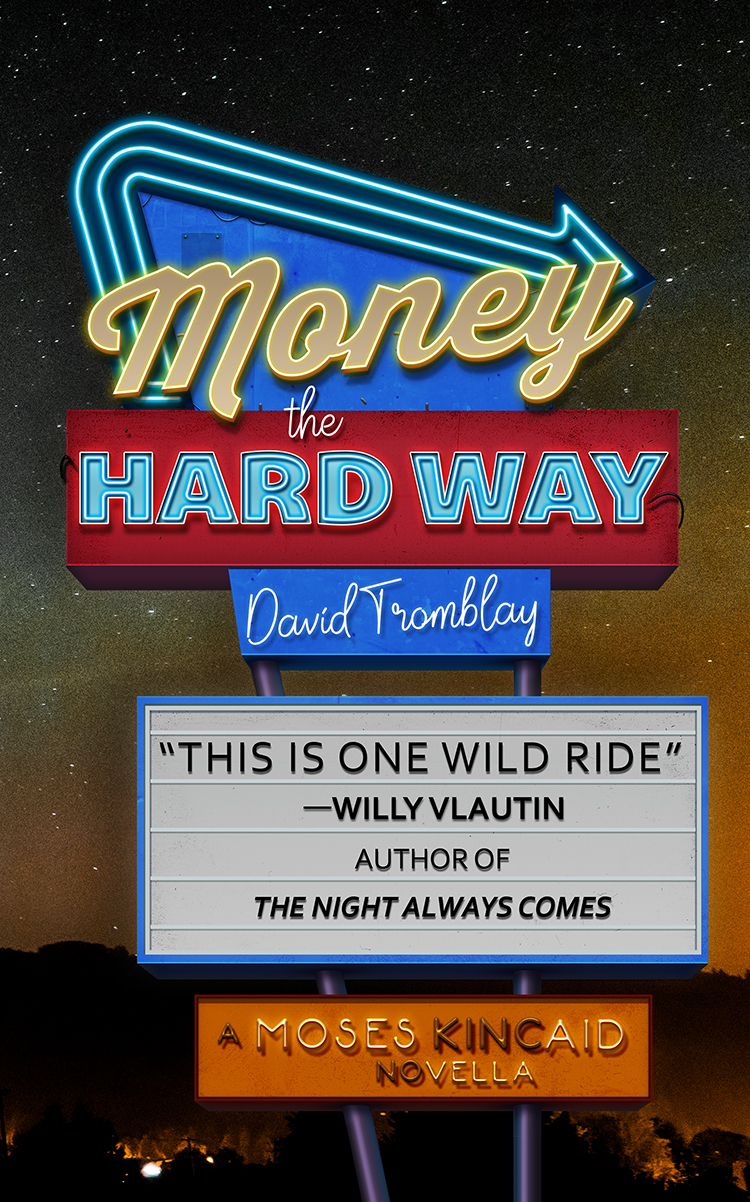