Yeah, this wiggling and struggling? It’ll really get you nowhere. That’s ten quid worth of rubber tape all around you and a German oak table. Krauts built this shit to last a couple of Reiches.

And no, I’m not removing the tape from your mouth.

Not that it’d matter much if you’d scream the house down. No one here gives a shit about his fellow neighbour. The sunny side of living in the projects. When I dragged your ass up here, I didn’t even get one queer look. One nod and a piss off, that’s all.

Ehh, fuck… no cigarettes left, last can of cider… not the best of days for either of us, eh?

So – from my rather desperate surroundings here, the shabby looks, and all these empty bottles … I think it’s pretty obvious I’ve lost it a bit since me last met?

Well that, and the fact I fucked you over with a wheel wrench and tied you to my dinner table.

Had it down to seconds, but I’m too bevvied up for that.

‘Bout eighteen months since you killed my wife.

And how many did you spent in prison?

I don’t even want to think about how long I’ll have to do for premeditated murder.

There must be some tobacco left somewhere…

Ah. Lucky me. Almost half full.

Yes Sir, half full – that’s the ever-loving optimist in me.

Now don’t look at me as if it’s that much of a surprise.

Though you know what? When I saw you today, coming out of your office, for a moment I was tempted to let you go there. Can’t do that any more now, of course.

Well… I guess I could, but I’d go down anyway, and it should at last be for something that’s worth it, right?

My life’s over anyway. Ended when you drove down Kensington Road, one hand on the wheel, one on the phone and a fifty Pound whore polishing your bell-end, and then ran over my Becky.

That day I had been sober for seven years. I had a good job, and a house…

Except to kill you. Every day and every god-damned night.

And boy, you died some excruciating deaths in my mind.

The thing is – when I sobered up and gave it a thought, I knew it’d be worth fuck all.

It wouldn’t make me feel better or help me to carry on. And what’s the fucking reason for revenge when it leaves you just as dead inside afterwards?

You took what was good in my life. The only person I ever loved. And whatever I’d do to you, she’d still be dead. I surely knew all that. But then I had a few drinks, and the hate came back and it kept me going.

And here we are now; and I feel nothing, not even hate.

It would’ve been so easy to talk me out of this. Cause this isn’t me. I’m not a violent man. One long talk, one late evening, over a few cups of tea, and this … primitive part of my brain would’ve been quieted, and you wouldn’t be here.

But the one person to do this is gone.

The one good person who would have saved your life and you killed her.

So…I think I smoke this one here, and then we’ll just get the whole sorry affair over and done with.

For whatever the hell it’s worth. 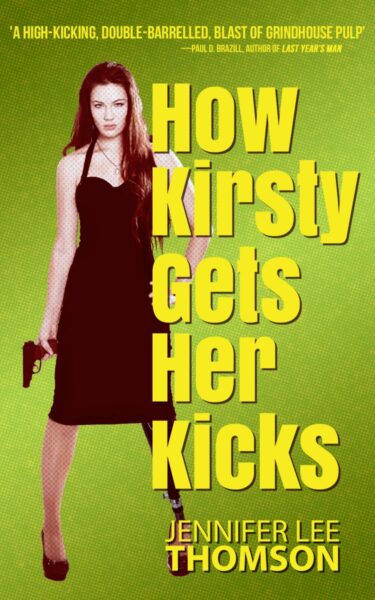