My sixteenth Christmas looked pretty scant. Daddy’d been gone since before Thanksgiving, I was stuck in an unincorporated North Dakota border town, and legalized marijuana had ushered in a tax boon for the Canadian government and dealt illegal grow-ops a deathblow.

Daddy had always said if you were willing to work hard and had a bit of luck you’d succeed, but Trudeau’d sucked my cousins’ luck dry and left them north of the 49th with starving wallets and no idea about how to help me or help themselves.

I wore a twenty-year-old elf costume with a bell on the cap, sat snot-nosed kids on Santa’s knee and sold Christmas plants at the Holly Jollies sales booth to get by.

Then Mr. Swenson’s nursery burned to the ground the night of the firehall’s annual fundraiser. Half the folks in town were at the local churches praying for the other half, who were supporting the firefighters by getting drunk. Holly Jollies’ order of poinsettias and mistletoe went up in smoke.

I looked up from my book. “We’re restocking tonight. I’m picking up some extras from nearby towns.”

“Good. It’d be a shame for folks to miss out because of some lowlife criminal.”

He prattled about generic gasoline anyone for miles kept for farm trucks, ATVs and such, and chalked it up to damn kids looking for kicks.

I shook my head appropriately. When he wandered off and I checked my watch.

Daddy’s old pickup worked great on that generic gasoline and I used it to make a loop through some of the local towns.

My real destination was a clearing halfway between my home and nowhere, a break in the trees that ran along the Canadian border across from my cousin’s property.

Frankie arrived first and got out of his truck “You sure about the price?” he asked. A year older than me and allergic to haircuts, Frankie only looked like he had a mullet because our other cousins, Dylan and Travis, had pinned him down and shaved the front of his head. That was going back eight months, so it was starting to grow back in.

“Exchange rate makes it a steal for me,” I said.

He shrugged and dropped the tailgate on his truck. Ten minutes later I had enough plants to get me through the weekend.

I paid him. “Same time, same place next week,” I said.

“Works for me.” He got in his old Ford, waved and drove off into the snowy silence.

I took my time adjusting the plants and covered them with a tarp. Light broke through the darkness about ten minutes later.

Dylan rolled window down and cut his engine. “Heya Brynn.”

I turned and looked him. “You getting’ out of that truck or do I have to do this myself?” I asked.

He was the handsome cousin with wavy brown hair and the body of a football player. When he grinned at me he showed his dimples.

“Travis usually does the heavy lifting.” He winked, got out and handed me the product. His goods didn’t take anywhere near as much space or as long to pack.

When I got home I fed Razzle, my oversized mutt, and divvied the weed out between some of the baskets that I marked.

I went to school and quietly collected money from classmates throughout the day.

That afternoon I stocked the shelves at Holly Jollies. Half my customers came looking for Christmas plants. The others had paid for the product at school and bought poinsettias or mistletoe to get it. Business was booming at the sales booth and my boss soon hired someone else to deal with the little kids.

Daddy always said all you needed to succeed was willingness to work hard and a little luck. Trudeau’d shut a door for my cousins and opened one up for me just when I needed it. It was a holly jolly Christmas for me and Razzle after all. 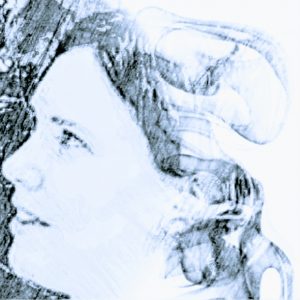 Jemma Linden is looking for a home for a YA manuscript (teen takes a stand against her controlling mother, unintentionally exposing a lifetime of secrets and lies that tear her family apart) and contemplating Brynn's future. Look for news at http://jemmalinden.blogspot.com or keep in touch via Twitter @JemmaLinden