By late January, even the most powerful, take-no-shit chainsaw you can buy at the last minute from the Home Depot has trouble chewing through the thick ice of Lake Michigan. Joey, working hard to cut a precise circle, craved a cigarette. Blah-blah lung cancer blah-blah, but at least a lungful of smoke would relax him a little. Lord knows, the seven guys standing around him, toting pistols and pissed-off expressions, weren’t doing a whole lot for his peace of mind. Nor was the bruised, bloody chump tied up on the ice beside the hole, for that matter.

You’d think the chump would’ve been scared, watching someone carve him a personal swimming hole in a frozen lake, but no: He just kept smiling in a creepy way that made Joey want to smoke a whole pack.

Powering down the chainsaw, Joey walked over to his cousin Bob, who was in charge until the Boss showed up. “You got a smoke?” Joey asked.

“Nah, I quit.” From his parka, Bob drew a box of nicotine gum. “Try one of these. They taste like crap, but they give you a buzz.”

Joey chewed one up as they regarded the jagged hole in the ice. “Fantastic job,” Bob said. “You’re a real Michelangelo with the chainsaw.”

“Really?” It seemed like Bob never said anything nice to him.

Bob clapped him on the shoulder. “You kidding me? My five-year-old could draw a better circle, and he’s got some sort of learning difficulty.”

Joey thought about hitting him. Joey hit a lot of folks, mostly slaps but sometimes with fists, because it made him feel good in ways that talking did not. Joey’s high-school guidance counselor once said he had a rage problem, right before Joey punched him in the mouth. But Bob was a guy you couldn’t hit, because Bob did things like help drown people in frozen lakes. Instead Joey pointed at the chump and asked: “What’d he do?”

“He stole a ton of money from the Boss.” Bob laughed. “What else would an accountant do?”

A car honked, and they turned to see a bright red SUV creeping toward them across the ice at a stately pace. The Boss never walked if he didn’t want to.

“Is that safe?” Joey asked, half-expecting to see that gaudy tank plunge through the ice at any moment.

Bob shrugged. “Guy like that, you can’t not make an entrance, you know?”

The SUV pulled around in a wide arc and grumbled to a halt, facing the thin gray line of the shore. The rear door opened, and the Boss climbed out, dressed for success in a fur cloak that looked like something Henry the Eighth would have worn. It finally occurred to Joey, three weeks after asking his cousin for a job with his crew, that the Boss was a complete lunatic.

The Boss scanned his men before shifting his gaze to the chump on the ice. The chump smiled back.

“Who cut that hole?” the Boss asked.

The Boss smirked. “What, your dainty little hands never lifted a chainsaw before?”

Someone laughed. Joey, his face reddening, realized it was the chump.

Stepping forward, the Boss drove a patent-leather ankle-boot into the chump’s ribs, asking: “Did this piece of shit give up his account password?”

Later on, Joey would swear he saw Bob nod in response. It was hard to remember, because at that moment his guts seemed on fire, so pure was the rage flooding through him. Before he could stop himself, Joey placed a boot against the chump’s spine and pushed as hard as he could, sending the miserable chuckling bastard into the hole with a slushy splash.

In the half-second before his body disappeared into the depths, the chump locked eyes with Joey and winked, as if he wanted things this way. Then the lake swallowed him whole.

One look at Bob’s face, and Joey’s flowering rage withered into pure fear.

“What?” the Boss asked, his expression as cold as the ice.

“The password, I think…” Bob spoke very slowly. “I think… it was tattooed on his arm.” 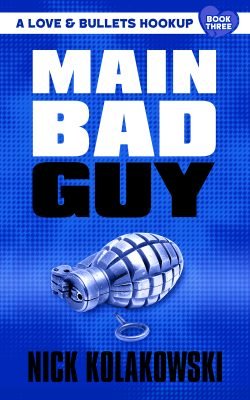 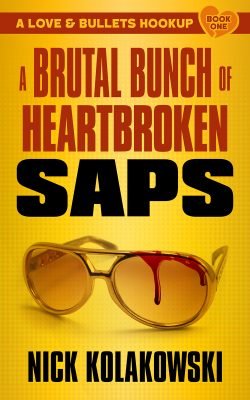