“You checked out of your hotel?” asks his uncle, knowing Martin is unlucky.

“Good. They’re looking for you.”

“Everyone.” Ian sounds scared. “Where are you?”

“Pub.” Martin reads the number on the call box phone.

“Stay there.” Uncle Ian hangs up.

Martin turns back to the smoky, windowless room. The young watch the football broadcast above the bar while the tradesmen and retirees shoot disapproving glances whenever the crowd erupts. In Belfast, even in April 1998, TV in a public house is still not entirely fine with those old enough to remember the times before.

Ghosts and memories, thy name is Ireland, thinks Martin, gesturing for another Guinness. He has ferried across from Cairnryan three times in the past five weeks to prepare for this day. And although Ian has complete confidence in him, Martin is still just a Canadian uni student without a work visa flogging used cars for his uncle’s business over spring break.

The call box rings at the same instant the door jangles. A man in a dark pea coat enters the pub as Martin reaches for the receiver. Probably some complication with import paperwork or my passport. His uncle would be calling back with an update, an angle, the next play. Ian wouldn’t leave him hanging.

“Okay, here’s what it is. I’ve got bad news. And even worse news.” Martin thinks he can hear Uncle Ian swallow. Probably a beer. “Customs held back the Yugo. They’re planning to arrest you when you show up to collect it. Customs enforcement and PSNI are looking for you. Your signature is the one on the customs declaration and manifest.”

“I know that.” The man in the pea coat is watching Martin, one hand in his jacket pocket. “So, what’s the mix-up?”

“They knocked out the side panels and found bricks of thermal plastique. Wire and detonators. Also a dozen Kalashnikov rifles hidden in the bodywork.”

Martin’s head is spinning. “But. The police! Ian. Surely!” Martin masters his dizziness. The man in the pea coat has collected a pint and moved to a table near the call box. “You’ll tell them. Right? You didn’t know anything about this.”

“Calm down. I’m in Calais. Look, there’s more.” Another swallow. “The Provisionals are looking for you too.”

“Jesus Christ. You knew about this!”

“Now, Martin. I won’t be talked to that way by my own nephew. I’ve been kind enough to –”

There is a long silence during which Martin hangs up. He turns to see the man in the pea coat smile, hoist his beer and toast him.

The Provisionals are looking for you too.

There is a church next door. Martin resolves to head there. There is no way the police will track him down before then and perhaps this IRA gunny will be decent enough to allow him a few prayers before exacting the price of a lost weapons shipment. I should have listened to my gut, Martin thinks. Uncle Ian and that side of the family always seemed a little shady, but Martin wrote it off as just crooked deal making. But this? Perhaps this was par for the course. Or just an opportunity presenting itself in the form of an expendable outsider. Who knows? He downs his Guinness in three large gulps and orders another.

He has never once in his life been lucky. Even now, this simple errand intended to earn him some pocket money turns into a nightmare – one in which his family is happy to abandon him.

He realizes a weird silence has fallen.

“… reports coming in … Yes, multiple announcements now. Coming from the PM’s office, the Taoiseach. Sein Feinn is expected to …”

He looks up. All eyes are on the TV.

“Announcing the formal conclusion of Peace Accords on this day between Her Majesty’s government and the government of the Republic of Ireland, with security guarantees touching border and paramilitary issues. The IRA will immediately cease all operations …”

Then the man rises and leaves the pub and Martin breathes a little easier. 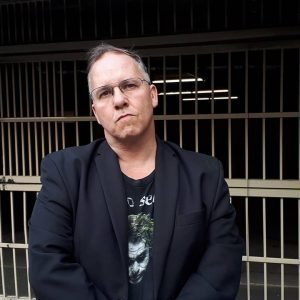 Jamie Mason is a writer and private investigator from BC. His James Bond novel ROULETTE will be available in Canada this month. Follow him @jamiescribbles