I wrote this down in my notepad. It was my first day on the job, and I wanted to make a good impression.

“Take that car over there, for example” he said, pointing to a late-model black Audi in the rear of the Pacific Place parking garage. We sat in an unmarked car about ten spaces away. “How much would you guess it cost?”

“Try seventy,” he said. “And that’s just the sticker price. Look at it.”

I looked at it.

“Options,” he continued. “Sports package. Rims. Inlays on the dash. And did you happen to see the owner?”

“That blonde lady in the pencil skirt,” I said, showing off my observational skills a bit. Shoppers had been streaming by all afternoon. “She’s been carrying bags down to the trunk for the past two hours.”

“That’s right. Barneys. Kate Spade. Coach. Probably two grand worth of stuff in there. Quite the mother lode.”

“Well, that’s why we’re down here watching it,” I said.

“Wrong. We’re watching that car over there. That’s the one somebody’s going to try to hit.”

He pointed to a dented gray Honda a few spaces away. Patches of rust bubbled the paint job near the door jambs. A decal in the rear window assured us the owner was both thirty, and flirty.

“Because the bags in the Audi are in the trunk, out of sight. The Honda has a couple of tote bags visible in the back seat. It’s penny-ante stuff, but it’s the easy target. And thieves?” he prompted.

“You got it. Any guesses as to what’s in the tote bags?”

And as he said it, a guy walked down the ramp from the 6th Avenue entrance. White guy, baggy jeans, and long hair under a grease-stained Mariners hat. Sunken cheeks. Real skinny.

He walked along the line of cars for a few seconds, did a double take at the Honda, and let a crowbar slide down from his sleeve, moving quick.

He’d already done the smash and grab and was heading to the exit with the bags by the time we got there and cuffed him.

I read the guy his rights and searched him. He had needles on him, but no junk. The streets were running dry, and people were getting desperate.

Summers looked in the tote bags. He jabbed his pen into one and dredged up a neon pink sports bra, still damp with sweat. Just like he’d said.

I was impressed, and I told him so.

It was quitting time back at the station after we got through processing and logged the crowbar into evidence.

Summers turned the key to the evidence locker and we walked to the rear exit together.

“Another day, another dollar,” I said.

A half-frozen slushy rain had started falling. We put on our jackets. I still wasn’t used to the uniform. The shirt was tight around the collar because they didn’t have my size, and the jacket was a little short in the sleeves.

The pants were a size too big, but that’s because I had requested them that way. The loose fabric did a decent job of concealing the ziplocks of pure heroin powder I’d pocketed in the evidence locker.

We walked out to the parking lot together.

“Be sure to look over those notes you took,” he said, getting into his car.

I assured him I would, but of course I wouldn’t. He started his car and pulled away. I gave a little wave with the notebook.

It had taken me two tries to pass the written exam. Then six long months in the police academy. Not to mention the year I spent studying every frame of that damn sleight of hand DVD.

I was tired, but I wasn’t going to sleep. I had to stay up all night cutting the junk and bagging it. Then I had to meet my buyer and catch my flight, all before eight the next morning.

Maybe the ones he catches are. 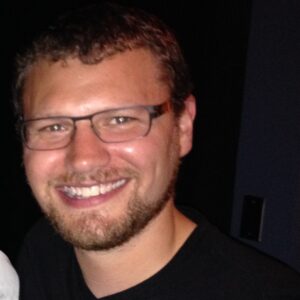 John Bosworth's short fiction has appeared in Mystery Weekly, Switchblade, and will be featured in the upcoming Mickey Finn 2 from Down & Out Books. He lives in Seattle, and can be found on Twitter @John_Bosworth_