You twitch and flop on the sweat-soaked bedspread and listen to the hum of the A/C.  The walls are thin and you try not to make too much noise (someone may have banged on a wall or ceiling).

Between hallucinations (or during, you don’t remember), you decide the motel’s maid has a bad foot or leg because when she makes her rounds, you hear a slide-thunk along with the squeaky wheels of her cart. Knock at a door, the slide-thunk moves away. Slam of a door and its back again but the squeak is a straight-line sound. It goes silent but when it returns, it always moves forward.

When you close your eyes you think some karmic god must have the tines of a fork stuck in your gut and is twisting them slowly making you yowl and cry like some lovesick cat. You open your eyes and your eyeballs itch.

You owe a man money. You think as often as he fucked you y’all should be even but he claims your debt is bigger than even your sweet piece of ass is worth. So you emptied your bank account ($800) and left town (quickly).

You left behind a nice-ish apartment and the job that paid for everything material you could want but 15 years of constant pressure finally broke you. So fuck that job.

Fuck your parents too. Once they decided that you had decided getting high with him was more important, they wrote you off. Friends, if you had them, were work friends and they’re gone with the job.

Your sister—ten years younger, your confidant (your BFF)—is the only one who still calls. You tossed your phone on the way to Reno but you can still get your voicemails. You listen briefly to his demented slobbering. He swears he’ll find you, he’ll kill you. You delete his and save hers. Each night you listen to her say, Come home. Stay with me. Nothing is okay but you’re okay with me. You go to sleep to those messages. She’s the reason you’re here now, trying to let go of the drugs and the mistake of a life you made with him. For her, you’re sweating and cursing and weeping in a motel room where no one cares what you’re doing as long as you pay upfront and don’t burn the place down.

You’ve given up everything but alcohol and cigarettes. A girl needs to have something to find solace in. Marlboros and Jameson sit in a bag next to the gun you bought off some guy behind the liquor store. You took your ex-drug dealer’s messages seriously. You are a woman (an addict) who thought she loved a man. You see your mistakes clearly now.

It’s been enough days that though sleep is still torture for you it does come at times during the day, which means you’re awake at night listening to the sounds of the motel world. On one side a TV plays loudly, incessantly, from 10 pm til 2am. In the other room, there’s a woman with kids. Each night, you hear them pray then muffled laughter. You imagine them bouncing on the bed and their mother kissing them goodnight. Later, you hear her talking while pacing on the sidewalk in front of your room.

When your sister was small, you sang her to sleep each night. In the room you shared, you crooned made up songs using words from her favorite books ‘I love you so I’ll eat you up like green eggs and ham’ and other nonsense. She’d giggle and hum along until she fell asleep and you’d keep going, singing softer and softer until all you could hear was her quiet breathing and the cars on the highway whipping past your house.

You believe he will find you. There is a bullet in the chamber and several in the clip. You know how to work the safety. You wait for the footsteps you don’t recognize to pause in front of your door, then for someone, him, to gently test the doorknob. You sleep with a gun under your pillow because you’re sure that’s the only way home. 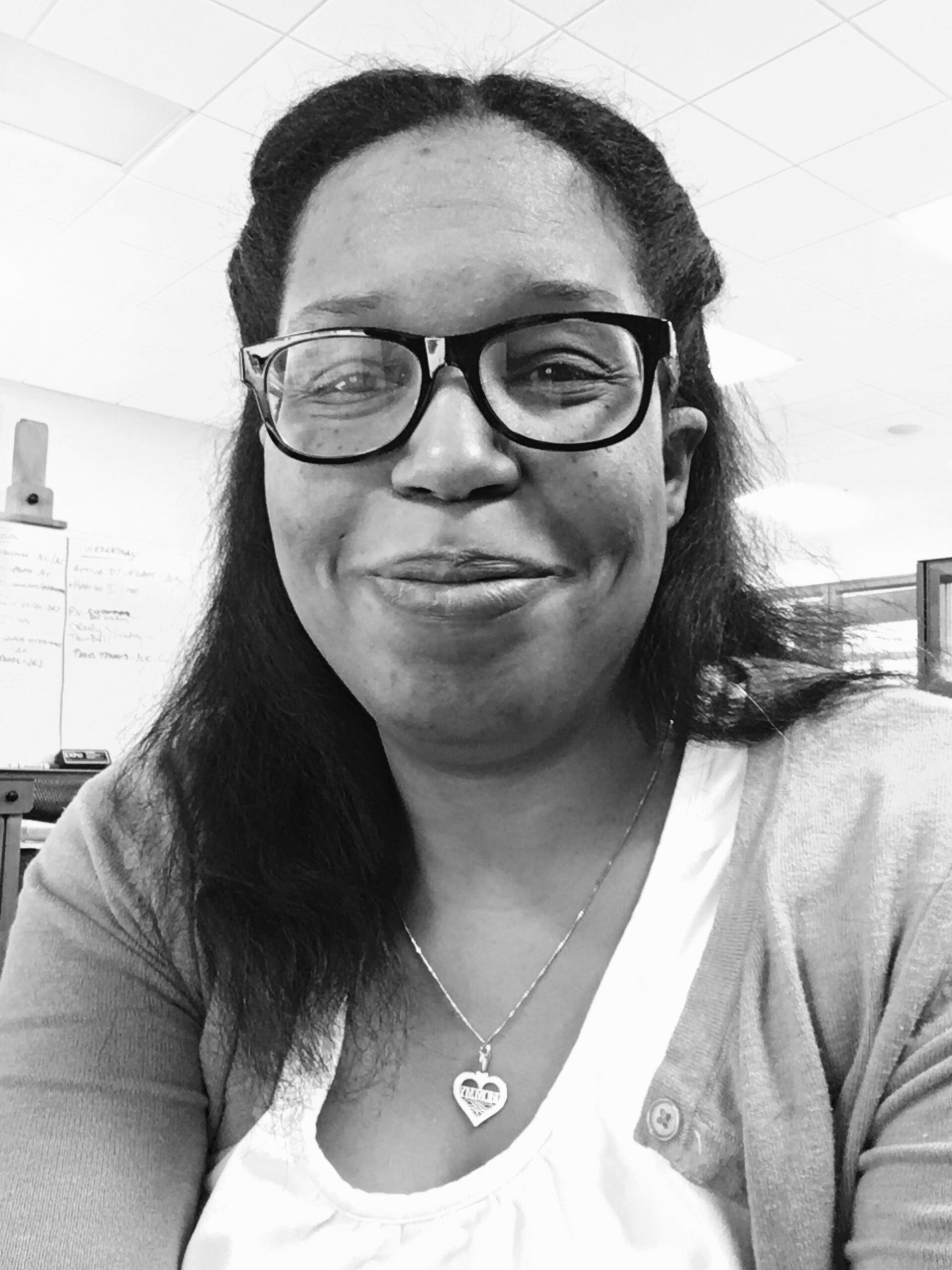 Nikki Dolson is the author of the novel ALL THINGS VIOLENT published by Fahrenheit Press and her stories have appeared in ThugLit, Day One, and Bartleby Snopes, among other places. You can find her online at nikkidolson.com.