Son of a mechanic and a librarian, weaned on too many comic books, Hammett, reruns of the original Twilight Zone, and experiences as a community organizer and delivering dog cages, Gary Phillips has published various crime fictions and toiled in TV. He is the past president of the SoCal chapter of the Mystery Writers of America, and the anthology he edited, the Obama Inheritance: Fifteen Stories of Conspiracy Noir, won an Anthony.

How did The Movie Makers (Down and Out Books, April 2019) come about?

I’ve done several books with Down & Out, including a collection of my short stories, and have gotten to know several of their writers. Frank Zafiro is one of them, though oddly we’ve never met in person. At any rate, my name was put in the hat when he came up with this series, A Grifter’s Song, a series of novellas, or maybe that’s novellettes, about Sam and Rachel, a couple who are life-long con artists. Each installment, or episode as they’re calling them, finds the pair working another con in another city while trying to stay one step ahead of the mobster out for their heads.

In the Movie Makers, the two have come to where dreams are made and crushed, Hollywood, baby. Rachel is posing as an indie producer backed by Silicone Valley money and Sam a life coach as they set up their mark. It’s al going according to plan until it does. I like to think of it as Harold Robbins meets Jim Thompson.

And in February, The Be-Bop Barbarians: A Graphic Novel, was published. Tell me about that.

The Be-Bop Barbarians was a labor of love as they say. It’s a graphic novel set in the late 1950s New York; jazz, the Red Scare, and the burgeoning Civil Rights movement the backdrop. The main characters are three cartoonist friends inspired by real life black comics pioneers including Jackie Ormes (who is in the Hall of Fame for comics), the first black women to write and draw her own comic strip. In this version she’s called Stef Rawls and she’s buddies with the matinee handsome Cliff Murphy, who his friends know he passes for white detailing the adventures of the Blonde Phantom in comic books, and Ollie Jefferson, a Korean War vet who does hard-edged political cartoons for the lefty newspaper, The Daily Struggle. As these things happen, events conspire in their lives to bring them together and drive them apart. The book was wonderfully illustrated by Dale Berry and lavishly colored by James Brown.

As if that weren’t enough, The Obama Inheritance: Fifteen stories of conspiracy noir (Three Rooms Press, 2017), what was its genesis?

Funny enough, when I pitched the Obama Inheritance to Kat and Peter of Three Rooms Press, it was just as the presidential campaign was heating up, but like a lot of folks, we figured the Orange One couldn’t win by a country mile. I figured the anthology would be this quant nostalgia piece, stories riffing on the outlandish right-wing nutjob notions that had been floated about Obama. Who knew the wildly entertaining tales in it from subterranean lizard people, the First Lady leading a clandestine group of vigilante women in Washington after dark to Bo, the family dog, leading the resistance, could barely keep up with the daily lunacy we find ourselves in currently.

How is it you’re so prolific?

Once the ideas bubble up, I have to do something with them or they gnaw at me. If nothing else, I find writing is good therapy.

Why is crime fiction so appealing?

I think because you can present characters who run the gamut in terms of their psychological makeup. They may have limits or they may be erasing them as you put them through the paces. They may be cons like Sam and Rachel, amoral, bent, damaged, or the ordinary soccer mom, but that one incident, that one time she decides to take a step out of line, we’re vicariously fascinated to see where this journey will take her.

What drew you to crime fiction?

How could I not be drawn to it growing up in South Central when I did? Those were the days you’d hear about some brother getting jacked by the cops out of the infamous 77th Street Division. Add all those original Twilight Zone reruns I zealously watched and then getting a collection of Poe’s stories at nine, the course was set.

Do you think crime fiction is more compelling now that our political climate is often fictional?

Great observation. Hillary Clinton is running a child sex ring in the back of a pizza parlor; the president tweets stuff like, “Just spoke with the Crown Prince of Saudi Arabia who totally denied any knowledge of what took place in their Turkish Consulate. He was with Secretary of State Mike Pompeo…” so you know, case closed; Obama hid the death panels; Ivanka Trump was granted 13 trademarks in three months from China; Attorney General Barr plans to investigate spying on the Trump campaign without a shred of evidence to support this claim and on and on. For sure crime fiction is more compelling now because at least in crime fiction there’s some sort of resolution and the antihero has a few good qualities.

What do you want to talk about that you never get to, in interviews?

Why doesn’t my poker playing ever improve? 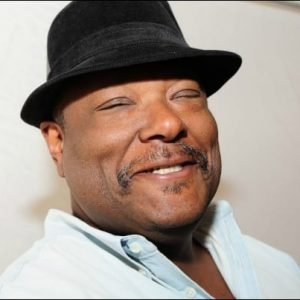 Weaned on the images of Kirby and Steranko in comics and Hammet and Himes in prose, Gary Phillips was born under a bad sign and only through writing does he hope to get out from under. For more of his work, please visit his website at: www.gdphillips.com. 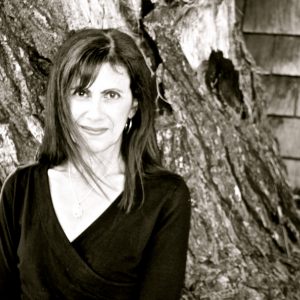 Barbara DeMarco-Barrett has stories in USA Noir: The Best of the Akashic Noir Series and Orange County Noir (Akashic). She hosts Writers on Writing, KUCI-FM, also podcast on iTunes.