Column: Preaching to the Choir

This week’s Finish the Song finally gives us a resolution to the Cowboy’s story—and it’s much stranger than you imagine. The least strange part? The Cowboy murdering the entire town as he forces a Chinese immigrant to continue singing an operatic ballad. It’s a tense and bloody scene. The Cowboy truly does love to kill.

In the present day, Jesse is on his way to jail. Sheriff Root wants answers and Jesse provides them plainly before escaping form the back of the cruiser.

Deblanc and Fiore, fresh off their disappointing attempt to get Genesis back in its prison, visit a travel agency. The agent inside offers them a few getaways, but the boys are looking to go down south. Like super, super south.

And the plot train keeps rolling as Tulip calls Emily over and lets her know everything about Cassidy. Tulip’s been feeding him tons of animals, but Cassidy isn’t healing. Something about his condition and nonhuman blood doesn’t seem to jibe. Tulip heads off on a little road trip and Emily reveals what happened to Jesse—which Tulip gives zero fucks about. That is, until Emily reveals she’s dating the mayor. That changes Tulip’s demeanor quite a bit. Still, I thought Emily sort of hated him?

Meanwhile, Jesse eats pancakes with some homeless folks. Small scene, but it may be my favorite with Jesse so far. It feels like him for the first time in a while.

Back to Emily and Cassidy’s feeding time. Poor guinea pig. Poor Cassidy. We get a call back to an image from the comics here and I honestly think it’s VERY interesting how early it comes into play.

Back to the angels. One mentions leaving the radio on for the tiny heavenly assassin from a few episodes back. They’re packing up for their trip and debate the next move. They flip a coin to decide what to do and come up on calling Heaven twice. Only problem: no phone. It’s gone. There’s a tidbit or two here that I think may end up playing a very HUGE role in yet another deviation from the comic. 1) Calling Heaven means Fiore and Deblanc would be separated forever and 2) Deblanc knows what hell is like while Fiore doesn’t.

I have a theory.

Emily gets a lot of screen time this episode and what I feel is ultimately a big hint as to what her fate will be next week—especially given the movie she’s watching. Cassidy isn’t satisfied, by the way. He’s screaming blue murder. Emily gets up to bring him a rabbit and we cut to Quincannon’s office where a few of his works are having a company fistfight?

Mayor Miles is there and gets a call from Emily. She’s in danger. Cassidy’s going to get her. The mayor rushes over to Tulip’s uncle’s house, but it’s a trap. Emily locks him in the room with Cassidy and the mayor’s all but the meal that the Irishman needed to finally bounce back. Can’t say I’ll miss the little weasel.

Sheriff Root gets called to the angel’s hotel room as the place is a bloodied, broken mess. In the bathroom? The still alive mini-assassin, well, sort of alive. She’s missing her limbs and is taking an ice bath. She begs the Sheriff to kill her, so he does (great moment of raw emotion too) which gets her reincarnated and back out in the world.

The angels catch their shuttle to hell, but poor Fiore can’t bring his comics. This lends more weight to my theory. Off to hell they go!

As for the phone they wanted to use? Jesse got it! He goes to Tulip’s uncle’s house—and that poor dude is always in a drunken coma, huh—and finds Emily there. She mentions Cassidy is there and heads off. Damn, Emily, you cold-blooded as fuck.

Jesse finds a recuperating Cassidy and the many dead bodies in the room. The boys rekindle their bromance with apologies and an oath to help one another. Jesse breaks down his plan to use the phone and his power to call God down, but it seems the phone won’t work for human hands. Luckily, Cass knows where they can get a few angel limbs real easy and hell, they need to dispose of a corpse either way.

Before they leave, though, Jesse leaves Tulip a message of apology and heartfelt love. Tulip’s a little busy with that Carlos fella and a meat tenderizer.

And then the Cowboy’s story…begins again?

We go through the motions again, though at a quicker clip (like, not multiple episodes of waiting).

Then it happens again.

The angels show up after the massacre and we finally find out that this isn’t necessarily the past, it’s also hell. Interesting to note: not as crowded as Ghost Eugene said it was. Guess Jesse’s just bug fuck crazy.

The angels offer the Cowboy a way out of reliving the worst days of his life over and over again. All he has to do is kill a Preacher.

On Earth, Jesse and Cassidy dig up some angel bodies underneath that very familiar tree.

Next week is going to be fucking insane.

What did I love?

God’s invited to the party next week. We’ll see if some theories hold water or whether I’m as big of an asshole as I believe I am. Either way, should be fun. 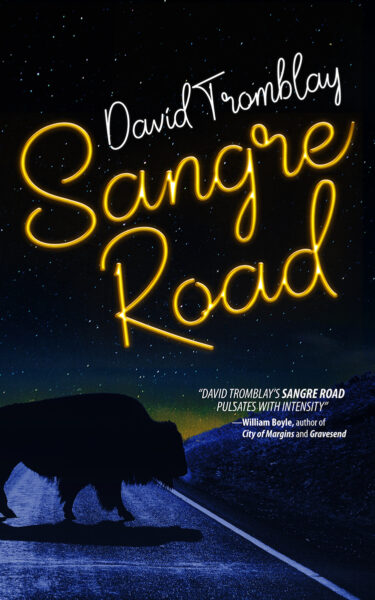 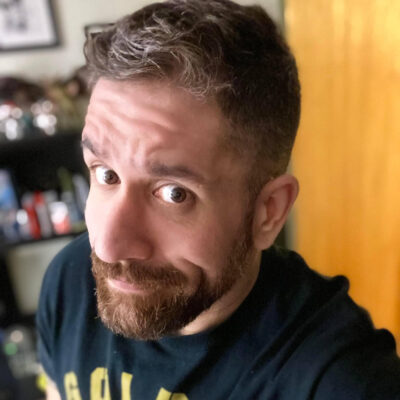