in Columns, Comics’ll Break Your Heart

That’s how they got you, back then. Wire spinner racks eternally in need of oiling, lurking in the backs of gas stations and corners of supermarkets, that lurid tin sign a pimp’s cap complete with feather; HEY KIDS, COMICS! Those comic book covers were eye-level to their target audience, precision-built with weapons-grade awesome designed to grab you by the psychic cojones. Further still, there wasn’t just thrilling adventures and exciting artwork, but add in that you can COLLECT THEM?! They have deep histories, they have Ages and Eras, Styles and Revolutions, they are numbered so you can get them all and keep track?! Kids have a kink, that kink is comics and just between you and me? Most of us former kids never really lose the love.

Do we misplace it? Hell yeah, I’ve done that myself a couple/few times. Moved on, kicked the habit, eventually came back every single time ‘cause I’m a sucker for that four-color fix, baby. In those times I moved on, cleaned up my act, saw other people, I broadened my horizons and brought new influences back with me when I inevitably accepted comics back into my life.

One of those new interests that bloomed into a fever which has yet to break was crime. It started with late night TV, your only source of random cool adult shit when you were a certain non-adult age and the Internet wasn’t around yet. I became that annoying tween that tried to casually use shit like Jimmy Cagney’s “whaddaya hear, whaddaya say” in my normal lexicon. My library card saw to the natural next step in my literary delinquency and once I found Mickey Spillane all hope was lost. Pulp yarns, noir stories, hard-boiled tales and all manner of potboilers had been branded into my brain right next to their cousins the comic books. Then came the viral infection that was STRAY BULLETS #1.

This is the one, friends. STRAY BULLETS is the comic that made me understand that two of my greatest loves, Crime Fiction and Comic Books, could have wonderfully ugly little rat-bastard babies. While my enjoyment of stories dark and dangerous was firmly established by this point, most of my comics reading was at best superhero-adjacent. I was nineteen and had just began to discover horror in (coincidentally, another series with excellent longevity) Garth Ennis and Steve Dillon’s Hellblazer, from DC’s legendary Vertigo label. To find brutal noir in the vein of Jim Thompson and Richard Stark now lurking inside comic books was revelatory. Just as when I’d read John Byrne’s MAN OF STEEL in 1987 and instinctively recognized This Is Something Special, David Lapham’s talent would not be denied my attention. STRAY BULLETS became a part of who I am.

This first issue was published in 1995, is set in 1997 and holy cats, but it is 100-proof 1990s! Being solidly in the Age of Tarantino, the decade was a decidedly stylized time for crime movies and a highly complicated time for comics. When the comic book industry was crumbling, Lapham self-published through his own imprint, El Capitan – and more or less still does, some 20-odd years later. Aside from a couple of brief but notable bills-paying forays into big publisher comics (can’t wait to discuss some of those in the future!), this dude has been making STRAY BULLETS and giving a master class in crime storytelling in every issue.

Lapham is best when doing his own artwork and even in this very first issue his style is recognizable and subtly unique. He works with crisp black inks, bold brush strokes against eye-watering white pages. Working mostly in an 8-panel grid, his scenes are close and intimate, lots of tight-in shots, often with some panel repetition to hold a tense moment longer. The deep black of the starless night is suffocating; it’s hot and humid, the air’s still and heavy. The reek of beer and cigarettes and fire and old sweat just about wafts up from these pages.

There is nothing refined about Lapham’s artwork. It’s not particularly detailed, it’s not stylized – at first it really looks kind of pedestrian. Yet the faces are distinctive, real people, characters with a full range of emotion. They are consistent and recognizable throughout not only the issue but over the life of series. Lapham manages to convey volumes through body language in his simple, heavy inks. Small gestures are just that, intimate. His ‘camera’ angles, the way he pans and zooms, it’s cinematic and feels exactly like a low-budget crime movie. While some comics do a more obvious job of taking advantage of the medium, Lapham’s pacing and mood-setting show that you don’t have to be flashy to be innovating. This was decades ago and a lot of comics creators today will happily cite Lapham as an influence.

STRAY BULLETS #1’s tale, The Look of Love, begins with a flat tire. Our guys are Frank and Joey, nowhere flunkies for nobody mobsters. Their long nighttime drive to dispose of a body is riddled with unplanned pit stops, each ending with shocking violence and a growing collection of corpses. Blue-collar guy as much as criminal senior partner, Frank drinks steadily as the night rolls forward while simpleton Joey just as steadily loses touch with reality. In the best noir style, it’s relentless and exhausting and there is no hope of redemption for anyone. I mean it in the best way when I say that reading it reminds me a little of a stress headache, or that surreal sensation of day-drinking.

The action scenes explode out of mundane moments, garish in their brightness. It’s a clever choice to literally spotlight the violence this way, and we’re quickly trained to equate the dark closeness of the automobile interior with safety. When the action comes, we’re outdoors and lit up, exposed and off balance. Then, like true violence, it’s all over with after a few panels. Like any story worth its salt, drama comes in the aftermath of bloodshed. Further shocking, it’s sweet-faced, simple Joey that perpetrates it, like Richie Cunningham breaking bad.

The diner scene midway through is an excellent example of Lapham’s cinematic command of the page. As Joey returns from the bathroom there’s a sequence of silent panels as his attention is arrested. The camera pans around him and I swear I can feel feel his blood run cold; we’re then shown that he’s seen Frank, and a stranger, and an open car trunk. The way the rest of the scene unfolds remind us that this shit is fucking noir and there are no happy endings, a grim promise fulfilled.

Later a disheveled and drunken Frank, himself shocked at the events of the night despite his workmanlike approach to crime, finally snaps and blows up at Joey. He comes literally face to face with the original unnamed victim, the catalyst for Joey’s derangement, a young girl that the reader has been led to conclude through references as being basically innocent. It’s then that he sees her as a person and not an object, a revelation that’s come way too late for anyone. The pages over which this unfolds again start up close in and intimate, in the car with them. Remember, the car is safe. We stop, catch a quick breath of fresh air and a moment of physical comedy that gets the reader out of the car yet still off our guard. Then we’re right in close again to see Frank’s mind get blown and we have the most confused and vulnerable depiction of Joey yet.

There is little about this comic that I can put my finger on as being especially revelatory. The plot, while excellently paced, is a simple noir device. The art serves the story well and I love it but it’s decidedly not flashy or stylized. I think a key factor to the overall success is Lapham’s camera work and control of the reader’s perspective, if you’ll forgive me saying something that sounds so damn twee. The whole is greater than the sum and all that rot, but here it’s true.

STRAY BULLETS #1 can easily be found and enjoyed digitally or in print. Image Comics’ index of STRAY BULLETS collected editions is going to be the best reference of how this twenty-year story is collected today and where to buy in your preferred format, though they don’t lay out so well which volume one to start with. A good companion reference is the Wikipedia entry, showing how the original 41 issue series was once collected as 8 books from the El Capitan days, the collections from Image of the same run now on 5 volumes (and easily available), then the 5 volumes of new stories since Lapham returned to it in 2014 (and no, they’re not numbered one through ten – that would be too easy). There’s even a massive brick of a book collecting just those original 41 issues and yeah, I do have that sucker.

A collected edition is going to be much easier and more cost effective than chasing down the originals but I am not going to dissuade anybody from that particular collector’s joy. In either case, nothing is ever going to beat heading to your local comic shop and asking a few questions. Those places are to comics what independent bookstores are to books and they’re going to take care of you. If you’re a digital reader, you already know about ComiXology. STRAY BULLETS Vol. 1: Innocence of Nihilism, which begins with the issue reviewed here, is free to read for Unlimited subscribers too.

Now, here’s where it gets really good, friends. Anyone can read STRAY BULLETS #1 online for free and completely legally. Image Comics has put that one up, knowing as I do that once you get that shit in front of your eyeballs you’ll be hooked. Check the issue out and come hit me back, tell me your thoughts right here in the comments or on Twitter. I won’t tell anyone you snitched. 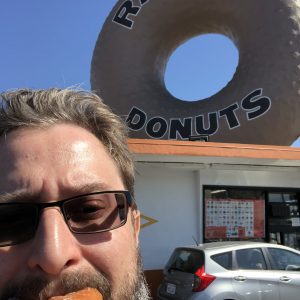 Max Cage is the heroic alter ago of the mild-mannered reviewer and commentator of comics, crime and all manner of pulp. He knows you have better things to do than read his musings but can’t imagine exactly what that could be.