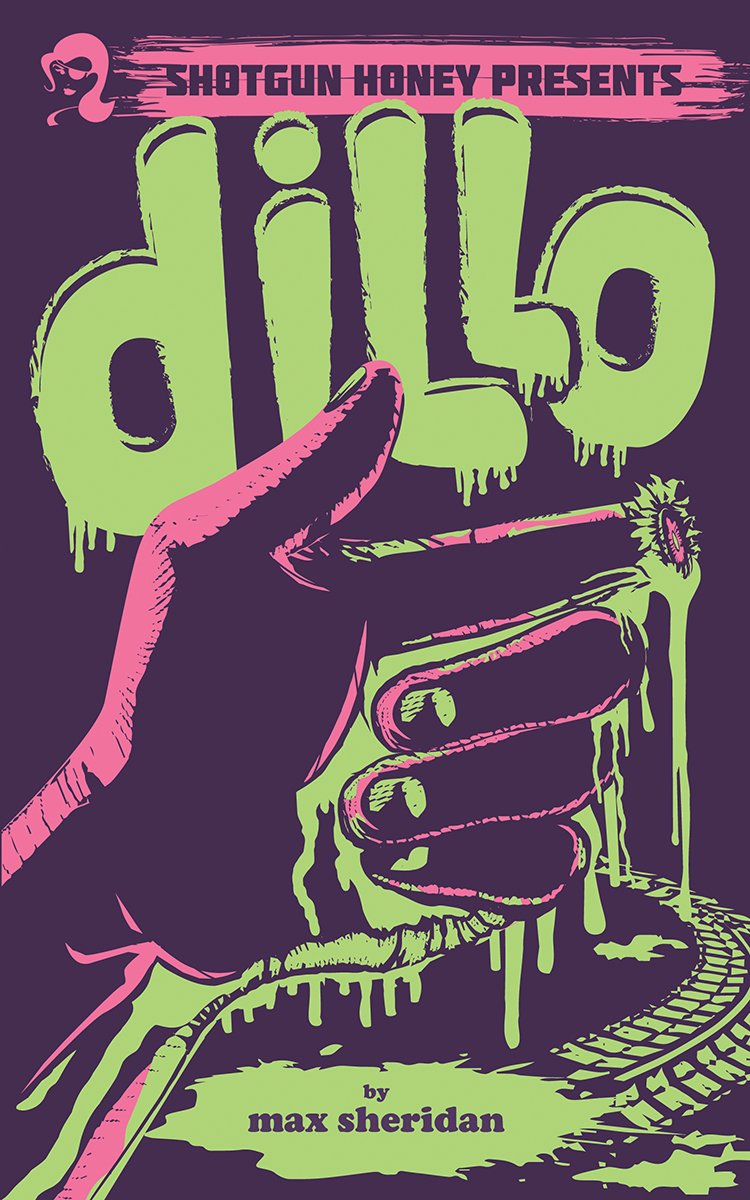 Until a no-good grifter of a father he hasn’t seen in eight years comes blowing up to his window at two in the morning in a hot El Camino talking about a family vacation in Miami.

Their Florida reunion turns into a 2000-mile getaway when Doc finds out the money used to pay for the trip was stolen from his lowlife uncle, the manager of an illegal Apache casino.

But it isn’t until they’re hiding out in the Louisiana bayou that Doc learns the whole truth: it isn’t Doc’s uncle they’re running from. It’s a coal black Dodge Ram driven by a pair of bald, psychopathic teenage collectors looking to complete their gallery of human head hair toupees with the old man’s scalp.

“Pulpier than a box full of blood oranges, with the best, weirdest father-son road trip this side of a Waylon Jennings song.”
—Joshua Corin, author of Nuclear Winter Wonderland

“Like the roadside, half-pulped armadillo of the novel’s title, Dillo by Max Sheridan offers readers a captivatingly black and offbeat perspective on flawed people and nasty things: ‘That poor sonofabitch had either dragged itself to safety or been thrown like a hubcap because it was sitting there by the roadside with half its body missing, staring out at us like a fat man in an easy chair.’ At some point in their lives, everybody in Dillo has been tossed to the curb or run over by a bus, and Sheridan’s action-filled, father-son road trip is that much grittier and truthful for its hard-leather characters. A wicked new voice in crime and noir. A story that pulls you deep into the thorns. Writing that sings.”

“The elements are all here: A memorable cast of characters wherein even the minor actors are given weight, a compelling and original road story, the precise amount of description to keep that southwestern sun bearing down on your shoulders at all times, and a fluid prose that allows the reader to turn the pages with the ease of an El Camino cruising across a battered American highway.”

—Alec Cizak, author of Down on the Street 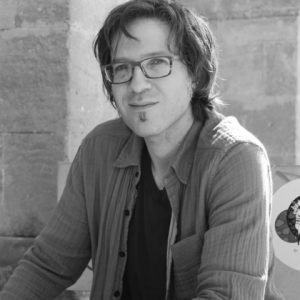 Max Sheridan lives and writes in Nicosia, Cyprus. His short fiction is available online and in print from select, degenerate publishers. When he’s not writing, he runs Write CY, a Nicosia-based platform for creative writing and community storytelling. Dillo is his first published novel.