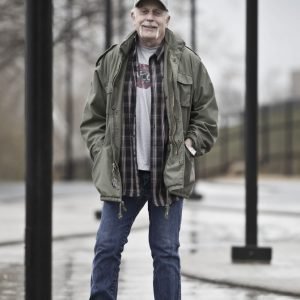 Guinotte Wise wrote a book (Night Train, Cold Beer) at his farm in Resume Speed, KS where he welds and writes. It won, got published to not much acclaim. It’s on Amazon. He got the soffits fixed with the money. A publisher says his next book, a thriller involving lawless guys from SE Kansas tangling with savvy criminals in New Orleans (Ruined Days) is coming in December 2015. A collection of short stories (Resume Speed), is in edits and slated for 2016. His stories have appeared in numerous literary reviews including Crime Factory, Atticus, The MacGuffin, Prick of the Spindle and Best New Writers Anthology 2015. Some work is at www.wisesculpture.com